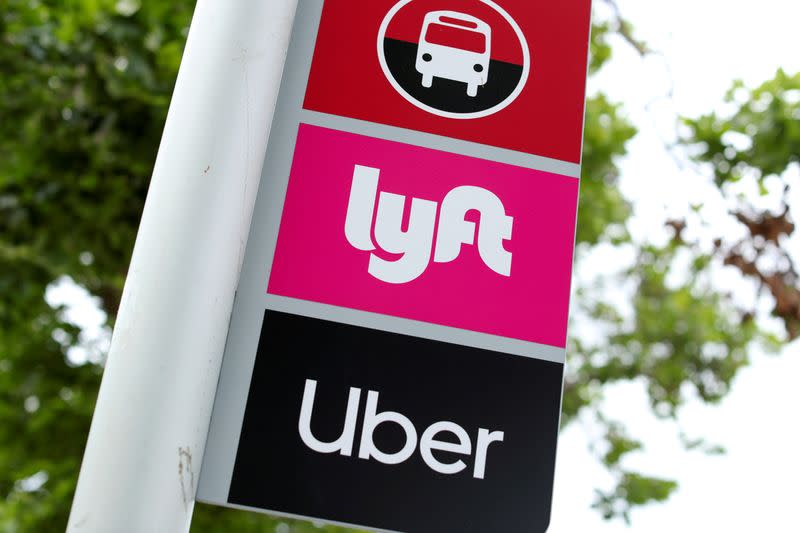 (Reuters) – Uber Technologies Inc and Lyft Inc together are spending nearly $100 million on a November California ballot initiative to overturn a state law that would compel them to classify drivers as employees.

That sum looks less huge, however, than the potential costs of complying with the existing law, according to a Reuters analysis.

The two ride-hailing companies would each face more than $392 million in annual payroll taxes and workers’ compensation costs even if they drastically cut the number of drivers on their platforms, a Reuters calculation showed.

For a graphic on potential price hikes click here: https://tmsnrt.rs/3isaZ1q

Using a recently published Cornell University driver pay study in Seattle as a basis, Reuters calculated that each full-time driver would cost the company, on average, an additional $7,700. That includes roughly $4,560 in annual employer-based California and federal payroll taxes and some $3,140 in annual workers’