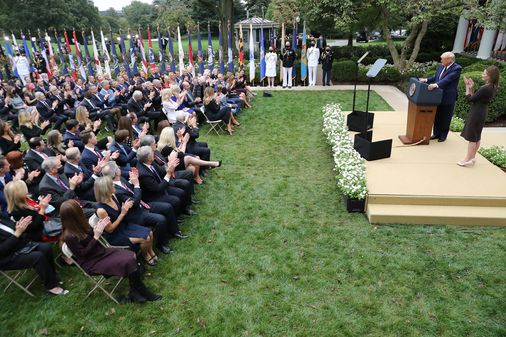 Since the earliest warning signs that the coronavirus could become a catastrophic pandemic, President Trump has refused to take it seriously. In fact, Trump and his Republican colleagues have gone such great lengths to ignore public health protocols that the president of the United States — ostensibly the most shielded human being on the planet — managed to contract the virus along with several other top government officials, including three United States senators. And now, after so gravely mishandling the pandemic that has killed over 210,000 Americans, the president and his party have effectively brought the federal government to a halt through their own reckless personal behavior, leaving two branches of government compromised while the nation and the world deal with several crises of unprecedented scale.

Even as Trump planned to leave the hospital Monday evening, it was clear he was dealing with serious symptoms of COVID-19, as evidenced by