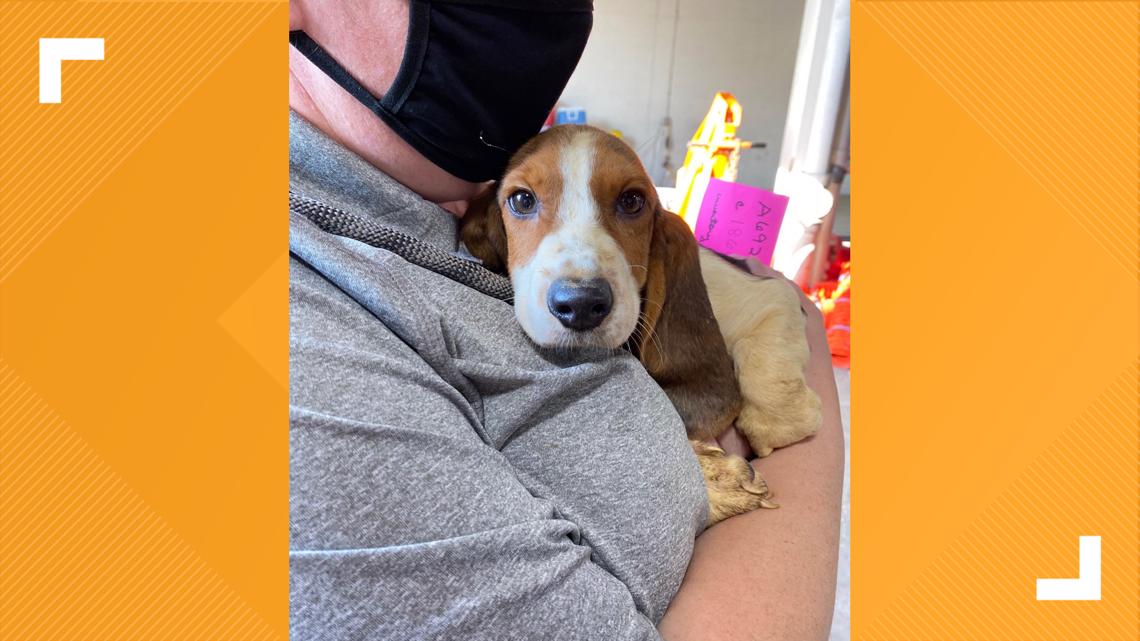 ST. LOUIS — Dozens of dogs were rescued from a Franklin County house on Tuesday.

The Humane Society of Missouri’s Animal Cruelty Task Force said it removed 55 dogs from a residence at the request of the Franklin County Sheriff’s Office. The dogs, mostly Bassett Hounds, were in varying stages of nutrition and filth.

According to a release from the Humane Society of Missouri, the dogs had been left alone without care since at least Sunday.

The sheriff’s office said many of the dogs were in crates and sitting in their own feces and urine. The owner of the residence, who appeared to be breeding the dogs, was arrested last week on a warrant out of Iowa involving fraudulent practices, according to the sheriff’s office.

Photos: Dogs rescued by HSMO from