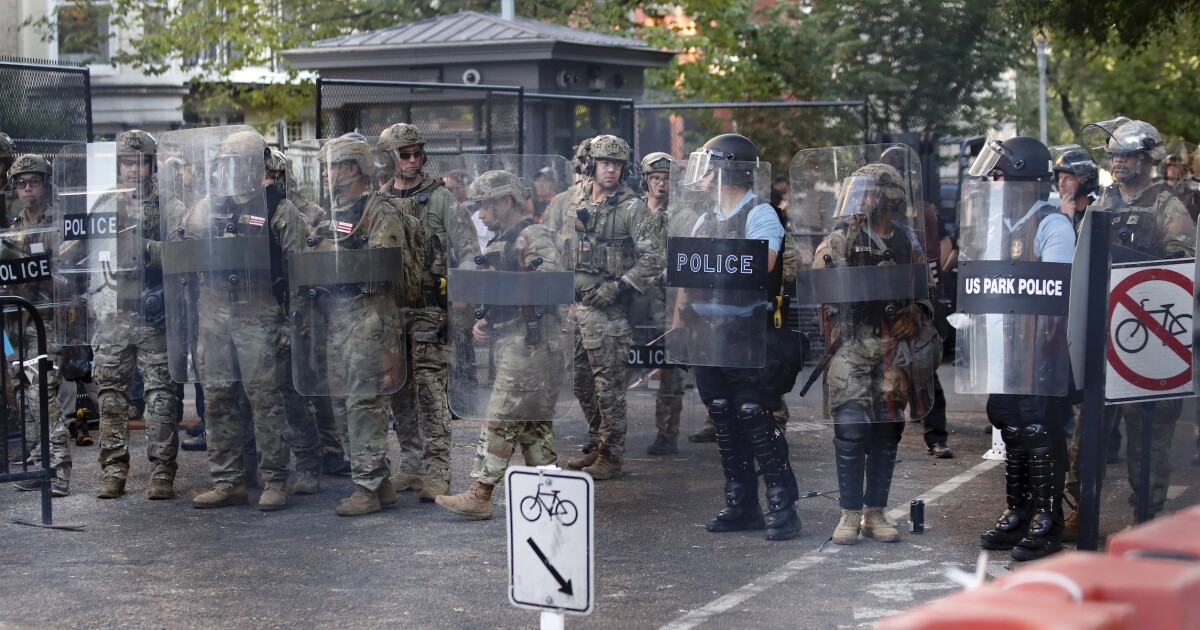 U.S. Army leadership responsible for any National Guard deployment in the capital region denied any special preparations were underway ahead of the Nov. 3 presidential election but asserted the Guard would be ready if needed.

“If we’re called upon, we will act in support of that, to protect federal property and support law enforcement,” Army Secretary Ryan McCarthy said when asked about D.C. National Guard deployment if civil unrest occurs surrounding the Nov. 3 presidential election.

“We support law enforcement,” he added at a Pentagon briefing Tuesday. “We don’t police American streets.”

Army chief Gen. James McConville clarified that no specific direction has been made to prepare Army military police ahead of the November election.

“There’s been no planning guidance given out from the Department of the Army directing any military police units to begin training for any situation,” he said.

The D.C. National Guard was criticized after it was