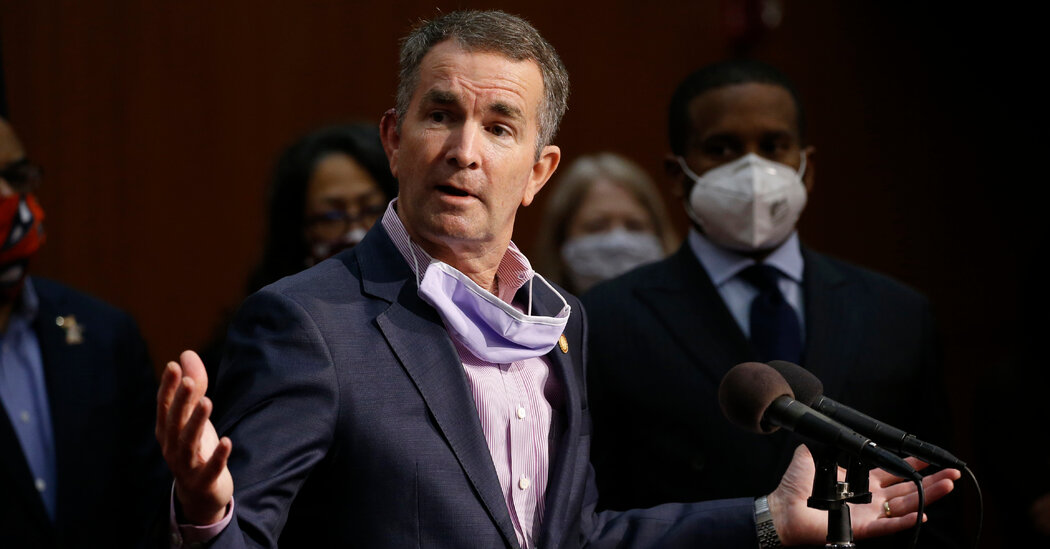 Gov. Ralph Northam of Virginia was discussed as a possible target by members of an anti-government group charged last week with plotting to kidnap the Michigan governor, the F.B.I. said on Tuesday.

During a hearing in Grand Rapids, Mich., Special Agent Richard J. Trask II of the F.B.I. said that Mr. Northam and other officials were targeted because of their aggressive lockdown orders to restrict the spread of the coronavirus.

Last week, 13 men accused of involvement in the alleged plot were charged with a variety of state and federal crimes including terrorism, conspiracy and weapons possession. They also talked of planning to storm the Michigan State Capitol and start a civil war, the authorities said.

During Tuesday’s hearing, the authorities said the suspects also spoke about “taking” the Virginia governor “based” on coronavirus lockdown orders that restricted businesses.

Mr. Trask said that some of the suspects held a meeting in Dublin, Ohio, several months ago where they “discussed possible targets” for “taking a sitting governor.”

Mr. Trask also provided additional details about the alleged plans to kidnap Gov. Gretchen Whitmer of Michigan. One of the suspects, Adam Fox, spoke about a plan to take Ms. Whitmer out on a boat in the middle of Lake Michigan, and leave her stranded with the engine disabled so that someone would have to “come rescue” her, Mr. Trask said.

The other alternative had been to take Ms. Whitmer to Wisconsin or another unspecified state and to put her on trial. The accused had referred to her as “a tyrant.”

The group met many times for tactical and firearms training and practiced building explosives, the F.B.I. said, and spoke about attacking law enforcement officers.

Mr. Trask and the prosecutor mentioned several other men who they said were involved in the surveillance and the discussion of the plot, including one from Wisconsin, but who were not among those arrested.

The testimony also indicated that the participants were suspicious that government informants were monitoring or had infiltrated their group, changing encrypted messaging platforms and giving each other code names in hopes of escaping such surveillance.

At one point after a planning trip to case the governor’s vacation home and the surrounding area, Mr. Fox asked that all the participants be scanned with a device that is supposed to identify if anyone was wearing a transmission wire or a recording device.

The effort apparently failed, Mr. Trask said, with the group eventually infiltrated by four informants or undercover agents who continued to document what the group was planning.