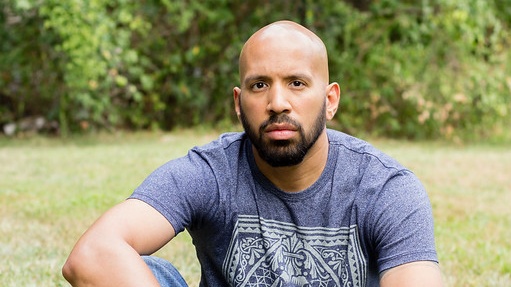 One memorable description from a black character in the novel outlines the way in which white America is against OJ because they can’t stand a black man who is wealthy and successful. Former Miss America Vanessa Williams is also mentioned in a flashback scene. The first black woman to win the pageant, in 1983, Williams lost the title later that year when unauthorised nude photographs of her appeared in Penthouse magazine.

The publication of Three-Fifths coincides with Black American Month, which runs until the end of October. It is a smart choice for a novel that looks at racism in ’90s America, and by doing so prompts the reader to ask whether society has made progress in race relations in a quarter of a century. The depressing answer is: not really.

In Three-Fifths, the plight of black Americans is made clear through an unusual cast of characters. The book’s protagonist is Bobby, a teenager of mixed-race descent who works as a waiter after school to help support himself and his alcoholic mother. The latter, Isabelle, is Italian-American, the daughter of a racist white cop. She keeps Bobby’s father’s identity a secret for years, allowing her son to pass as white.

The present action of the book centres on the return from prison of Bobby’s best friend Aaron, a convicted drug dealer. A dramatic opening scene sees Aaron, now a fully-fledged white supremacist, viciously attack a black teenager in a fast-food restaurant and leave him for dead. Bobby is the driver of the getaway car. The rest of the book plays out as a kind of thriller, though Vercher is more interested in character than in plot and the twists and turns can occasionally feel histrionic, with a few too many coincidences that detract from the realism in the writing.

The success of Three-Fifths is in the author’s compassionate depiction of his characters. Even the vile behaviour of Aaron is tempered somewhat with his back story, though Vercher is careful not to offer excuses, rather just a realistic glimpse into the warped, impressionable mind of a social outcast.

Elsewhere, chapters narrated by Isabelle are a window into the tragic life of an alcoholic: “Easing up on drinking made her more emotional, not less, the headaches more frequent and persistent.” The title is in part a reference to her stash of vodka hidden in various places, though it also, one presumes, harks to Bobby’s ethnicity and his choice to favour white over black.

Vercher’s astute observations on race try to make sense of this decision. From the ingrained racism of Bobby’s grandfather, to the murderous anger of Aaron who wants revenge on “those fucking monkeys in high school”, to the fact that newspapers give the attack in the fast food restaurant less than a full paragraph, everywhere Bobby looks black people are treated woefully. In a later section where he meets his father – another character whose back story is compelling and believable – the advice that he’s given is to always remember who he is. His father, a doctor, doesn’t look in the mirror every morning and think about the fact that he’s a physician. “Black first,” he tells Bobby. “Not remembering that can get me killed.”

Vercher lives in Philadelphia with his wife and two sons. He holds a degree in English from the University of Pittsburgh and an MFA in creative writing from the Mountainview Master of Fine Arts programme. His debut has been shortlisted for the Edgar Best First Novel, which honours the best mystery writing across a range of genres.

Although it’s far from a classic thriller or mystery, Three-Fifths is nonetheless a suspenseful read. The author is good at subtle cliffhangers and tense scenes. A brutal altercation at work between Aaron and a black waiter, Darryl – with Bobby in the middle – is a case in point. Bobby struggles to deal with the repercussions of violence: “[He] felt that lightness in his feet again, the sense that his body was not his own and he wondered how young was too young for a stroke.”

The dialogue is also notable, realistic and vibrant, with conversations that take unlikely turns. Any world Vercher turns his hand to – the service industry, a hospital, the break-up of a marriage, racist America – comes alive on the page. The novel’s title might deal in fractions but Three-Fifths delivers as a whole.