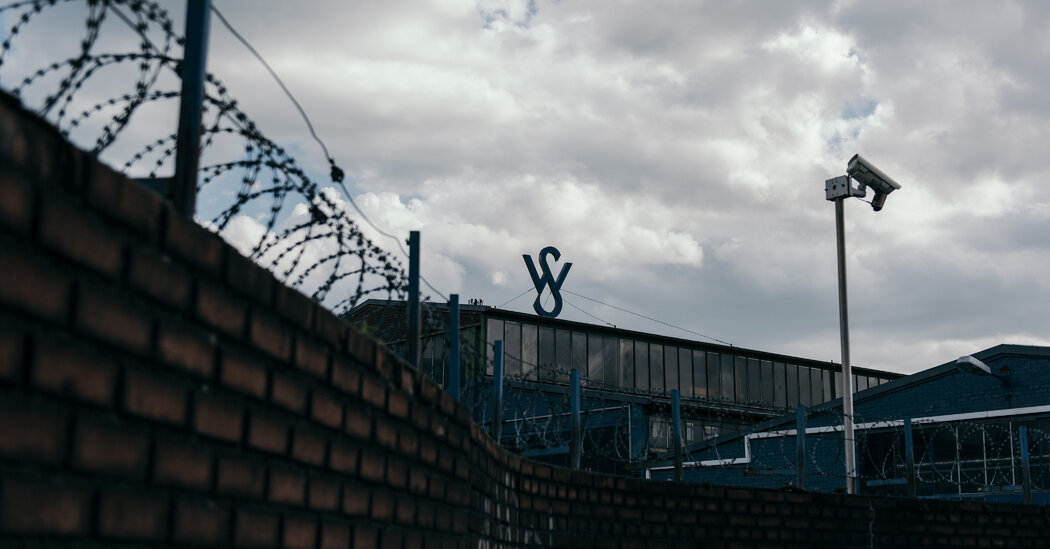 There is not much chance that Berkshire Hathaway will recover any money from the sellers of the pipe maker, Wilhelm Schulz, which was named for its founder. The shareholders have declared bankruptcy and are facing a criminal investigation in Germany. But Jones Day is a prominent international law firm with deeper pockets.

The attempt to collect damages from Jones Day is an unexpected twist in the saga of Wilhelm Schulz, which is based in Krefeld, a city north of Düsseldorf. If the suit is successful, it will be at least a small consolation to Berkshire Hathaway shareholders after the company lost $23.3 billion in the first half of 2020. (Profits rebounded in the later part of the period, however.)

“The fraudulent transaction would never have occurred without Jones Day’s substantial assistance,” according to the lawsuit, filed in U.S. District Court in Houston on behalf of Precision Castparts, a Berkshire Hathaway subsidiary that makes components for aircraft. The lawsuit accuses Jones Day of withholding documents that would have exposed Wilhelm Schulz’s perilous financial state and calls the firm a “co-conspirator” in a “massive fraud.”

Ulrich Brauer, the partner in charge of Jones Day’s office in Düsseldorf, said the firm would not comment on a pending case.

Jones Day lawyers in Houston and Düsseldorf handled the sale of Wilhelm Schulz, which specializes in pipes for the oil and gas industries. Jones Day also represented the owners, who included Wolfgang Schulz, the son of the founder, when the case went before an arbitration panel in New York.

The panel found in April that Mr. Schulz and other managers had used false sales invoices, computer hacks and phantom customers to make Wilhelm Schulz look healthier than it was and hoodwink Precision Castparts into paying a grossly inflated price. The deal was a rare misstep for the organization run by Mr. Buffett, who is considered one of the savviest investors in the world.

The arbitrators awarded 643 million euros ($756 million) in damages to Precision Castparts, which is based in Portland, Ore. That is the difference between the €800 million that Precision Castparts paid for Wilhelm Schulz and its estimated true value of €157 million. The arbitrators’ decision was upheld in July by the U.S. District Court for the Southern District of New York.

Because the holding company controlled by Mr. Schulz is in insolvency proceedings, “it is unclear if it will pay even a fraction of the damages it caused,” according to the lawsuit on behalf of Precision Castparts, which says Jones Day should pay the arbitrators’ award instead.

German prosecutors are pursuing a criminal investigation of Mr. Schulz and others involved in the deal but have not filed any charges. A spokesman for the Düsseldorf state’s attorney’s office, citing German privacy laws, said he could not divulge any information about potential suspects. Mr. Schulz has denied wrongdoing.

Normally a law firm’s communications with clients would be considered privileged, offering a degree of protection to Jones Day. The firm has asked a Texas court to seal the case on those grounds.

But Precision Castparts argues that lawyer-client confidentiality cannot be used to cover up fraud under German or United States law.

In addition, the claims against Jones Day are based on files discovered in Wilhelm Schulz offices after the acquisition, according to the lawsuit. Finders keepers, in other words.

The suit was filed on Precision Castparts’ behalf by Reid Collins & Tsai in Austin, Texas, a law firm that specializes in suing other law firms.

The text of the lawsuit against Jones Day has been partly redacted while a Texas judge decides whether the firm is entitled to keep some information confidential. But the central allegation is clear: that Jones Day was aware of information that would have revealed Wilhelm Schulz’s dire financial condition, but failed to disclose it to Precision Castparts.

For example, Schulz had fallen behind on repaying a €325 million loan from Commerzbank. In return for a bridge loan, the bank negotiated new terms that gave it the right to take control of Schulz if the company defaulted.

Wilhelm Schulz “was the corporate equivalent of a house about to go into foreclosure,” the lawsuit says. But Precision Castparts never knew about the revised loan agreement because Jones Day withheld it, the lawsuit contends.

Jones Day also did not disclose a report by the consulting firm KPMG, commissioned by Schulz, which concluded that the company faced an “imminent liquidity crisis,” according to the lawsuit. Nor, the suit says, did Jones Day inform Precision Castparts that a German lawyer had warned Wilhelm Schulz managers that they were legally obligated to declare bankruptcy.

“Had Precision known the truth,” the lawsuit says, “it would have never acquired the Schulz subsidiaries.”