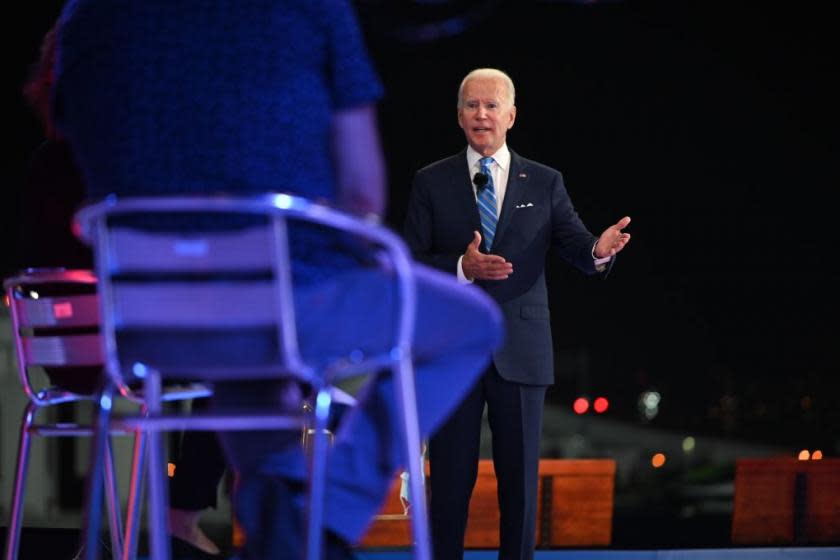 Biden said as Trump kept lobbing “invectives” and personal gibes at him, he tried hard “to figure out how I could possibly have him respect the debate, respect the evening.” And when it became clear Trump had no intent to talk about substantive issues or answer questions, “I did get very frustrated,” he said. “And I should have said ‘this is a clownish undertaking’ instead of calling him a clown. But the fact is, it was — I’ll be very honest with you, I think it was embarrassing for the nation.”

Another voter asked what Biden would do if Judge Amy Coney Barrett is confirmed to the Supreme Court and casts the deciding vote to overturn Roe v. Wade, which recognized a national right to abortion. “The only responsible response to that would be to pass legislation making Roe the law of the land,” Biden said. “That’s what I would do.”

That may be a controversial pledge, but polls suggest it would be a popular one.