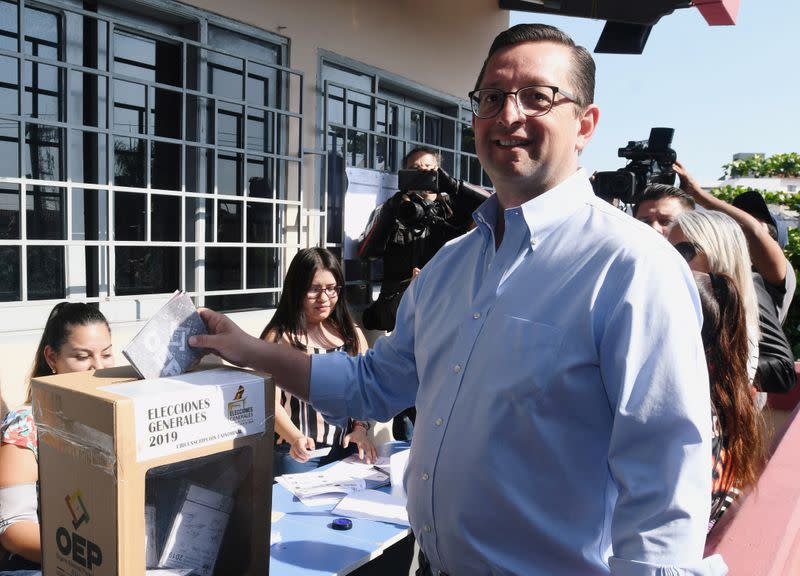 LA PAZ (Reuters) – Internal splits in Bolivia’s interim government led to the departure of four cabinet members, including the minister of economy, on Monday, stoking uncertainty about the Andean country’s economic recovery from the coronavirus pandemic.

Óscar Ortiz stepped down from the economy portfolio, citing “deep differences” and pressure from people close to interim President Jeanine Añez, who recently withdrew as a candidate from Oct. 18 general elections after falling behind in the polls.

The election next month, a re-run of a fraught vote last year that plunged the poor, landlocked nation into political crisis, comes as the pandemic has sapped economic growth and eaten into government reserves.

“I will always put principles first over personal interest. No role, no matter how important, justifies going against the principles and ethics that have always guided my actions,” Ortiz told reporters.

“I want to finish my administration by leaving the road paved so that the government that comes, regardless of political color, can dedicate itself to creating jobs,” Añez said.