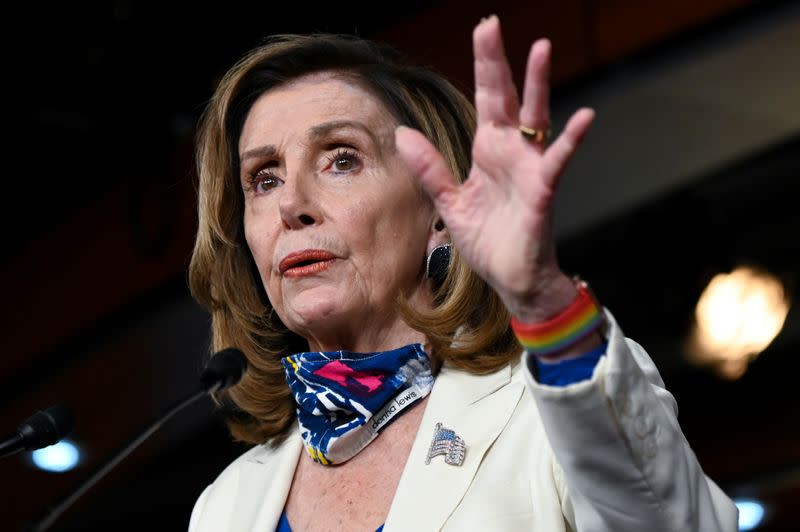 Pelosi said she had been tested, and should know the results from her own COVID-19 test on Friday morning soon.

“This is tragic. It’s very sad,” she said in an MSNBC television interview about Trump’s diagnosis.

“Going into crowds unmasked and all the rest was sort of a brazen invitation for something like this to happen,” Pelosi said, referring to Trump’s appearances at campaign rallies.

The Democratic speaker is next in the line of succession, after Vice President Mike Pence, who has tested negative for the virus. After Pelosi is Senate President Pro Tempore Chuck Grassley, a Republican.

Pelosi said she was praying for Trump and first lady Melania Trump. “Maybe now the people who see the president of the United States with all the protection that he has, and the first lady, still having this exposure it might be … a learning experience,” she said.

She said she hoped it might be a transition “to a saner approach” to dealing with the virus.