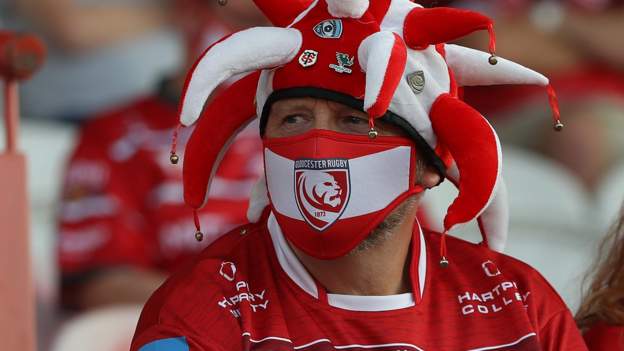 “Premiership clubs have already suffered significant financial losses from the suspension of the season following the outbreak of Covid-19 and subsequently playing matches behind closed doors,” an RPA statement said.

“To continue along this path will cause irrevocable damage to clubs across the Premiership that will impact the wider game and communities they serve in England.”

Two top-flight games were involved in the pilot scheme for the return of spectators to sporting events, but plans to continue the trial have been shelved following a rise in coronavirus cases.

Meanwhile, the Rugby Football Union has said that fixtures outside of the Premiership, Championship and women’s top tier will not be able to take place until at least January 2021.

RPA chief executive Damien Hopley has warned of “catastrophic consequences” for players, clubs, fans and broader rugby communities if crowds are not allowed back into grounds.

“No-one is immune from the impact of what this latest government statement is saying,” Hopley told BBC Sport.

“There are a lot of very nervous players out there, worried about what next season looks like and their own livelihoods and futures.

“Looking at the stark warnings coming out from club owners, Premiership Rugby and RFU chief executive Bill Sweeney, you would have to bury your head in the ground to not think the biggest cost base in the game is players’ salaries.

“We may well be looking at another round of negotiations and consultations around what that looks like.

“We’re obviously hoping that isn’t the case, having gone through a challenging few months.”