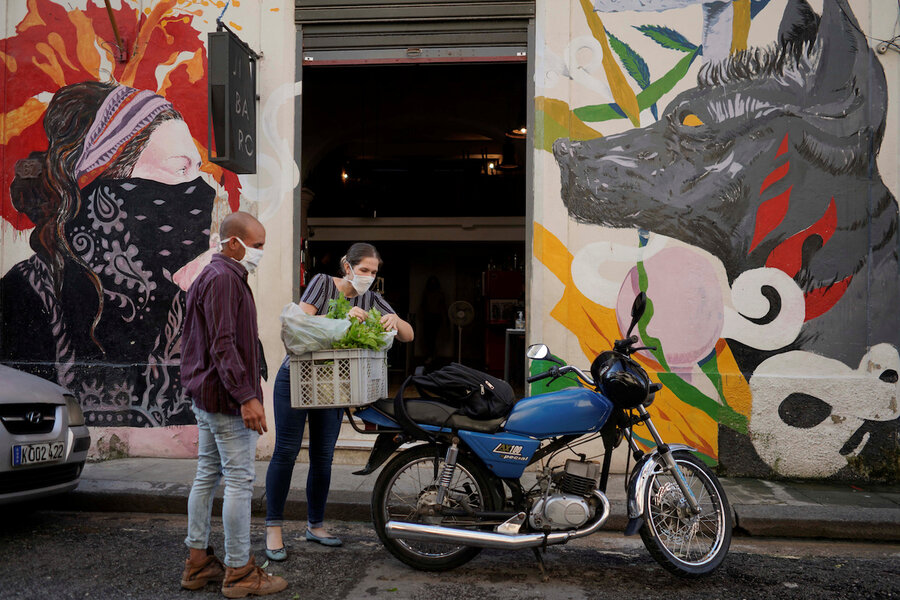 From a restaurant offering take out to a cosmetics company delivering home-made products by bicycle, Cuba’s entrepreneurs – no strangers to hardship – are coping with the coronavirus shutdown in innovative ways.

Except for a few offshore resorts, Cuba’s Communist government has kept its borders shut for seven months to curb the spread of infection and recently placed the capital Havana in lockdown for a second time due to a local surge.

The drastic action has limited deaths from COVID-19 to just 122 on the island of 11 million people, but has all but shut down the vital tourist industry – adding to economic woes from decades-old U.S. sanctions tightened by President Donald Trump.

In Havana’s colonial district, mixing restored historic buildings and urban decay, the once-thronging streets are empty of tourists, and scrawled “closed” signs are on the doors of many shops.

From the outside, David Roque and partner Diana Figueroa’s tavern El Jibaro looks like another casualty. But the two entrepreneurs have found a way to survive and even create jobs through a take-out service, a novelty in Cuba.

With other restaurants doing the same, thousands of motorcyclists in Havana have stepped up, some under new gig-job companies, to deliver food from state and private eateries before a 7 p.m. curfew.

Some also transport single passengers despite their lack of transport licenses, as buses and Havana’s vintage Chevrolet taxis are grounded.

Though the government has not provided statistics on the size of the economic contraction wrought by the pandemic, it has forced some changes in policy.

President Miguel Diaz-Canel, who has said the crisis is likely to drag on for a few years, in July announced market-oriented reforms including giving “immediate priority to the expansion of self-employment.”

Private eateries have recently been granted access to some poorly stocked state-owned wholesale outlets and small businesses have been given permission to export and import, two long-standing demands of the heavily regulated sector.

Cuba’s state owns and operates the lion’s share of the economy, while the non-state sector, excluding agriculture, is composed mainly of small private businesses and cooperatives, artisans, taxi drivers, and tradesmen.

All are under the rubric of the self-employed, numbering 600,000, or 13% of the workforce before the pandemic.

Oniel Diaz, who heads business consulting firm AUGE, said the coronavirus was adding to the two biggest obstacles to developing the private sector in Cuba: U.S. sanctions and chronic shortages.

Mr. Diaz estimated 250,000 people in the private sector – most of them linked to the tourist sector – had lost most if not all of their income since March.

Most foreign and domestic experts forecast Cuba will see at least an 8% drop in Gross Domestic Product this year, after averaging a sluggish 1.4% annual growth since 2016.

The import-dependent Caribbean nation has slashed purchases abroad by more than 30%, experts say.

Mr. Diaz said some businesses were reinventing themselves by filling needs produced by an emerging new normal amid scarcity, however. That includes huge lines of masked people everywhere as residents search for food, hygiene products, and other goods.

Organic cosmetics company Corpus, which offered massages and facials, was hard hit when the pandemic forced the government to impose social distancing measures and there was no way to import products. Even toothpaste and shampoo became scarce.

With cosmetics and personal hygiene products nowhere to be found, and plenty of time on their hands, the founders decided to make their own.

“We dreamed for years about making our own cosmetics for our clients, so that is what we did,” Suney Peña, who started the business in 2016.

Now, the company’s seven female staff can be spotted around Havana on bicycles shopping for olive oil, coconut, ginger, rosemary, basil, cinnamon, and other ingredients for their products, which they then deliver themselves.

“We found a new opportunity for people to approach our products through existing clients and see that they really are good,” Ms. Pena said. “And that is how this wonder has emerged.”

Get the Monitor Stories you care about delivered to your inbox.

This story was reported by the Thomson Reuters Foundation.

Editor’s note: As a public service, the Monitor has removed the paywall for all our coronavirus coverage. It’s free.