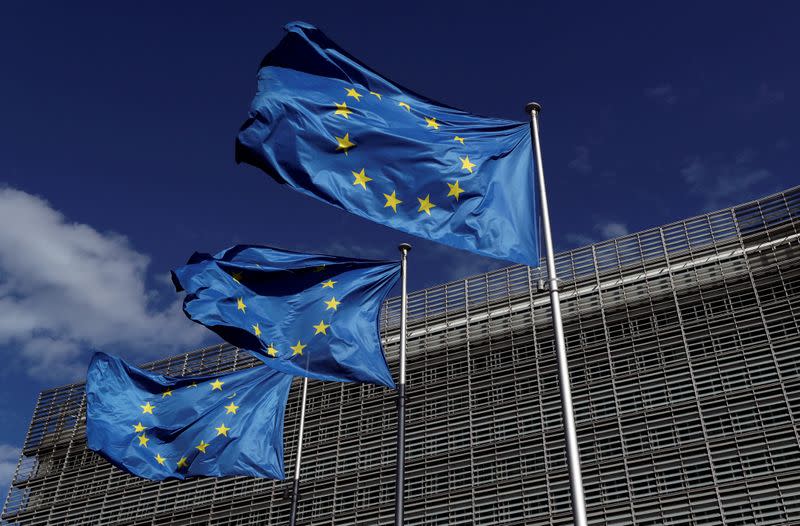 BRUSSELS (Reuters) – Germany, current president of the European Union, has proposed a scheme that links access to European Union money, including the 750 billion euro recovery fund, to respecting the rule of law, a document seen by Reuters showed on Monday.

The proposal will underpin negotiations between the European Parliament and the 27 EU governments, which in July agreed to such a mechanism in principle but left out much detail to avoid a veto from Poland or Hungary, whose nationalist governments stand accused of flouting EU democratic norms.

Warsaw and Budapest are under EU investigations for undermining the independence of the judiciary, media and non-governmental organisations, and both could lose tens of billions of euros in funding if the rule of law mechanism is established.

In the recovery fund alone, excluding the linked long-term EU budget for 2021-27, Poland would be at risk of losing access to 23 billion euros ($26.84 billion) and Hungary to six billion.

“The rule of law requires that all public powers act within the constraints set out by law…under the control of independent and impartial courts,” reads the proposed draft regulation, which needs the approval of the European Parliament.

But the vast majority of EU lawmakers want the link between money and the rule of law to be stronger than agreed in July and the German proposal – sticking closely to the leaders’ summer agreement – is all but certain to disappoint the chamber.

According to the German document, punishment for rule of law breaches would include suspending the flow of EU money to capitals seen as breaching democratic checks and balances. It would be decided by a majority vote of EU governments on a recommendation by the EU’s executive European Commission.

This could allow other governments to override opposition from Poland and Hungary.

But those seeking a stronger link argue that a majority of EU governments should be needed to decline, rather than endorse any recommendation by the Commission, to suspend funding for those flouting the rule of law.

Some have cautioned, however, that seeking too ambitious a solution could backfire, given that Warsaw or Budapest might withdraw their support if the proposal is changed from what they signed up to in July after four days of tortuous talks.

“It is important that all sides stick to the delicate compromise reached. What didn’t find the support of the (leaders) at that time, will certainly not find it now,” said one official working on the matter.

Germany has already called on EU lawmakers to speed up work on approving the bloc’s next budget, the recovery fund and the related rule of law conditions so that money can start flowing, including to the ailing south of the EU, from 2021.