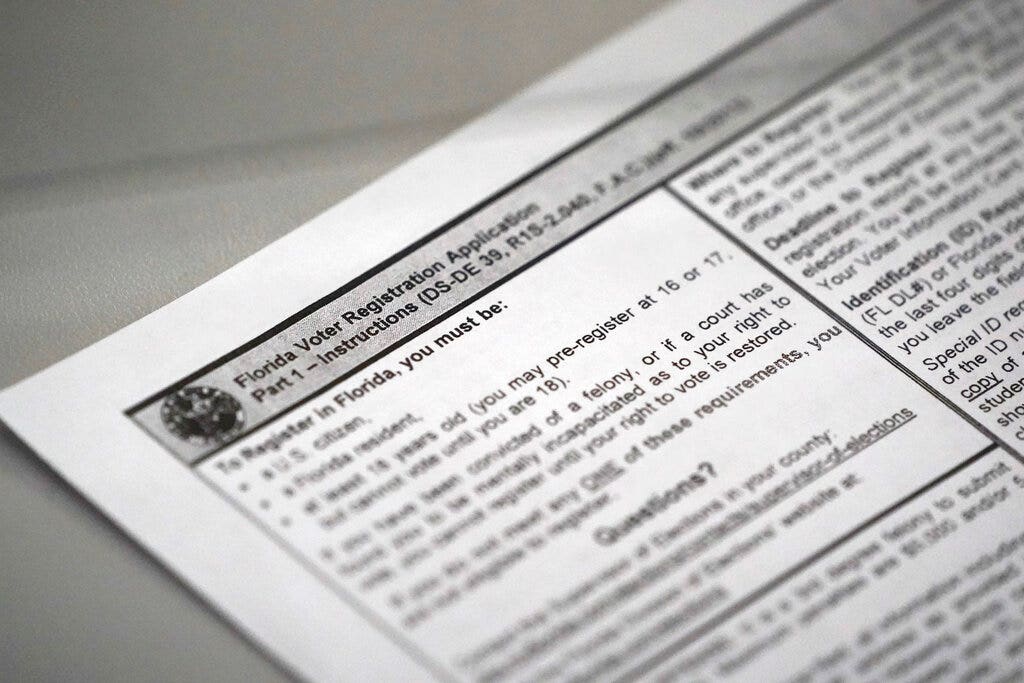 Investigators looking into Florida’s voter registration website crash Monday reportedly found “no evidence of interference or malicious activity” in connection with the fiasco, which prompted officials to extend the registration deadline to Tuesday evening.

Florida Secretary of State Laurel M. Lee said Monday that the Online Voter Registration system went out “for about 15 minutes” due to an influx of web traffic. It was supposed to be the last day of voter registrations, with a midnight deadline.

But on Tuesday, after meeting with Gov. Ron DeSantis, Lee’s office said the deadline would be extended until 7 p.m. for both online and in-person voter registration.

Voters could also turn in their registration to the offices of their local county elections supervisors, tax collectors, and transportation offices or through the mail postmarked by Oct. 6.

In a statement, Lee said the outage stemmed from “unprecedented volume and traffic” to the site.

“During the last few hours, the RegisterToVoteFlorida.gov website was accessed by an unprecedented 1.1 million requests per hour,” Lee said. “We will work with our state and federal law-enforcement partners to ensure this was not a deliberate act against the voting process.”

In a follow-up statement Tuesday evening, she said investigators had not turned up evidence that that was the case.

Florida has a total population of just below 21.5 million people, according to the U.S. Census Bureau’s estimate for 2019. According to the Florida Division of Elections, there were more than 14 million active registered voters in the state as of Aug. 31.