TikTok has been painted as a security threat to the US by Donald Trump and the app is trying to restructure its ownership and operations in partnership with Oracle and Walmart to avoid a total ban. It has been banned in India, previously its largest market by number of users.

Mr Cai joined ByteDance in 2018, at a time when the company was under intense scrutiny by Beijing for the videos it was running on TikTok’s Chinese sister app, Douyin, among other issues. The pressure forced chief executive Zhang Yiming to issue an apology and to tack closer to the government line.

It was not a consideration in hiring Zheng that his previous role was in the public sector, and there were no conversations with the government in the hiring process

The former diplomat sat within ByteDance’s global trust and safety team in Beijing and wrote guidelines for what videos were acceptable on TikTok and other international apps including Helo and Vigo Video.

According to the people close to the company, Mr Cai was far from being a Communist Party ideologue, but his background and training may have influenced how he, and a team of young mostly Chinese policy analysts, implemented a strategy to keep controversial content off the short-video app.

During his stint, TikTok was accused of suppressing videos that upset Beijing’s sensitivities, including one by a teenage American girl which sought to raise awareness of the mass imprisonment of Uighur Muslims in China’s Xinjiang region. TikTok has denied suppressing politically sensitive videos and said the video was removed in error.

Last September, documents leaked to the Guardian newspaper, and confirmed as authentic by the people close to the company, suggested that TikTok banned videos about Tibetan and Taiwanese independence, the Tiananmen Square massacre, and the Falun Gong movement.

TikTok said these policies were out of date and the documents were labelled as historical, although one person said content moderators still had access to them at the time of the leak. 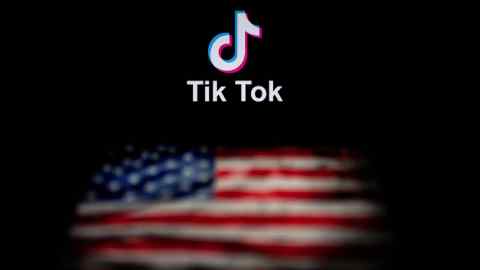 “Cai Zheng was not involved in developing the policies [ . . .] as these policies predated him,” said a TikTok spokesperson. “He worked with our growing regional and local teams on localisation of our early content policies.”

TikTok has now devolved responsibility for forming content policy and moderating videos to Los Angeles, as well as three hubs in Dublin, Singapore and Silicon Valley. The heads of these hubs report to a global head of trust and safety in Beijing, a Chinese woman known inside ByteDance by the pseudonym Yuyi F, with few people at the company aware of her real name, the people said.

Mr Cai transferred from the content policy role in early January, said two people, and his role has not since been filled.

ByteDance said: “It was not a consideration in hiring Zheng that his previous role was in the public sector, and there were no conversations with the government in the hiring process. As TikTok continued to build out its global safety teams in regional hubs, Zheng decided to move to ByteDance’s gaming team.”

Even though content policy and moderation is now run locally, people close to the situation said engineers building features such as hashtags, or writing the algorithms that select which videos are shown to users are largely based in Beijing and Shanghai, though there are now increasing numbers on the US West Coast, Singapore and Dublin.

#techFT brings you news, comment and analysis on the big companies, technologies and issues shaping this fastest moving of sectors from specialists based around the world. Click here to get #techFT in your inbox.

One of the people noted that US TikTok employees working on moderating political content around the US election would need to ask colleagues in China to help them build products to monitor such videos.

TikTok said it has not seen widespread evidence of people using the platform to post malicious videos around the US presidential election.

“We have and continue to take down inauthentic accounts for suspicious behaviour such as spam, but relatively few of these inauthentic account removals have a direct tie to any specific topic, including the election. The lead for the TikTok algorithm is based in Mountain View,” said a spokesperson.

The spokesperson added that ByteDance now has “hundreds of engineers” in Silicon Valley to scale up the platform, that TikTok’s chief security officer is based in the US, and that since earlier this year, all trust and safety teams, including Yuyi, now report to “global leadership based in the US”.

TikTok begins to devolve full control of content policy for US market with a team being built in Los Angeles and in September hires first US content policy analyst who does not report to Mr Cai.

TikTok names professors and experts who will form a US-focused content advisory council to advise the company on content moderation.