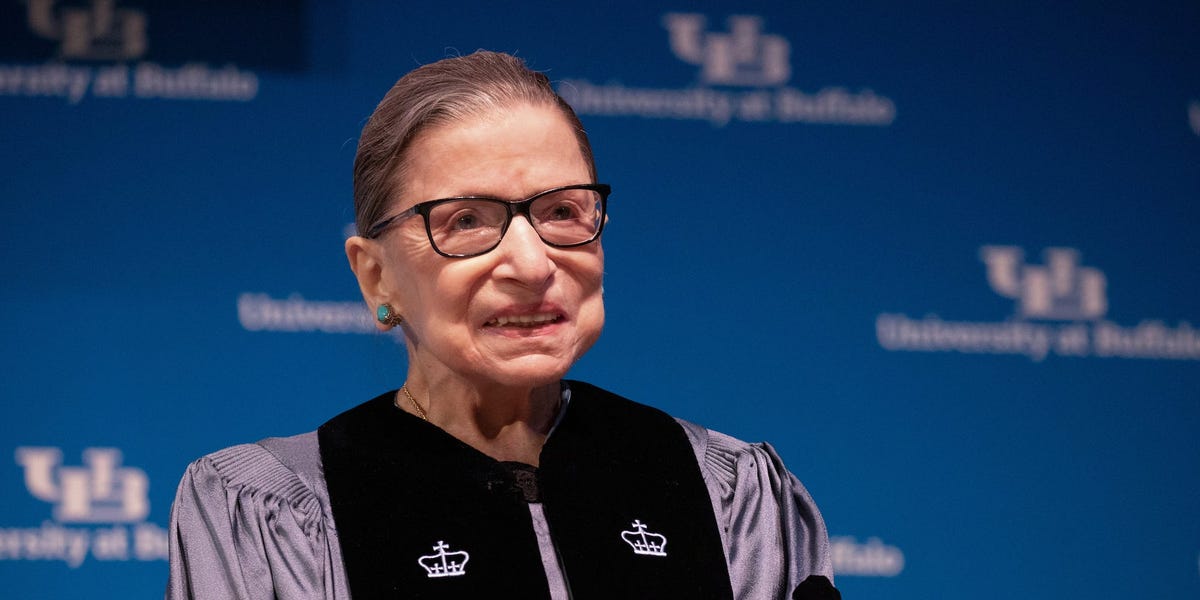 Sign up here to receive our newsletter Gender at Work in your inbox twice a month.

In 1959, Ruth Bader Ginsburg graduated first in her class from Columbia Law School.

Thirty-four years later, at her confirmation hearing for the US Supreme Court, Ginsburg remembered the “many indignities” — instances of gender bias — that she’d faced during law school. Ginsburg, who passed away this month, was only one of a few women in her class, and at a dinner with the dean of the law school, they were asked to justify taking the place of a male applicant.

This behavior clearly wouldn’t fly in 2020. Administrators would be ousted; headlines would be made.

But gender discrimination is still part of most women’s daily lives.

In place of the flagrant offenses that Ginsburg and her classmates encountered is something more subtle. Educators, employers, and politicians all too frequently question women’s professional competence, overlooking women for opportunities they’ve earned.

This is a twice-monthly newsletter that takes an expansive look at how your gender identity informs your career. Last week we explored ways to cultivate greater gender diversity in leadership roles. This week we’re talking about subtler forms of gender bias at work.

My grandmother graduated from law school — St. John’s University, in New York City — in the 1940s. In a class of hundreds, she was one of three women. My grandmother worked at her father’s shoe stores in Brooklyn during the day and went to class at night. She stayed up late reading textbooks and studying for exams. The men in the class, she told me years later, were never very nice to her.

The number of women who attend law school has increased considerably since then. As has the number of women who practice law, or medicine, or any other profession. The US Equal Opportunity Employment Commission protects job candidates from discrimination on the basis of sex or gender. President Trump nominated another woman, the conservative judge Amy Coney Barrett, to replace Ginsburg on the Supreme Court.

And yet, while more than half of US workers are women, just 37 of the Fortune 500 CEOs are women. The US has never elected a woman to the presidency — or to the vice presidency. Women’s professional advancement has been stymied in almost every field.

That gender disparity has a lot to do with implicit biases, or beliefs about how someone should behave based on their gender. Many people don’t realize that they hold these implicit biases, or that these beliefs are influencing their decisions about, say, hiring and promotions. And instead of openly sneering at an ambitious woman, people in positions of power can make subtle comments about the way women look or act. (These comments are sometimes called microaggressions.)

Overt gender discrimination is damaging, but subtle biases can be even worse

During her teaching career, Ginsburg was paid less than her male colleagues. She hid a pregnancy under baggy clothes for fear of being fired.

This kind of discrimination hasn’t disappeared for women at work.

Other instances of gender inequity have only become more easily veiled.

“Discrimination today is not as in your face as it was before,” Caryl Rivers, coauthor of “The New Soft War on Women” and journalism professor at Boston University, previously told Business Insider. “It’s often harder to see. Legally, you can’t say ‘I’m not going to hire you or give you this assignment because you’re a woman and you can’t do it,’ but the old attitudes still run deep and are expressed subtly.”

Consider performance management. According to an analysis of 125 performance reviews at Stanford’s Clayman Institute for Gender Research, women’s evaluations contain nearly twice as much language about their nurturing style, and they also receive 2.5 times as much feedback about their “aggressive communication style” compared to men.

Other examples of subtle gender discrimination: excluding a female colleague from after-work drinks and telling a female employee that she’s not ready for the pressure of a management position.

Research suggests these subtler forms of gender bias can be just as damaging as overt discrimination — if not more so. Writing in the Harvard Business Review, Eden King at Rice University and Kristen Jones at the University of Memphis outline a few reasons why:

Gender equity is still a long way off

Ginsburg advocated for gender equity throughout her legal career.

As a litigator, she argued six gender discrimination cases before the Supreme Court and won five. As a Supreme Court Justice, she wrote the decision overturning the Virginia Military Institute’s male-only admission policy. In 2007, she dissented in a case in which a woman sued Goodyear Tire & Rubber Company for paying her less than they paid her male colleagues. (The majority ruled that the woman had waited too long to file the lawsuit.)

But when Ginsburg first graduated from Columbia Law School, she couldn’t get a job anywhere. Ginsburg later recalled that she had “struck out on three grounds. I was Jewish, a woman, and a mother. The first raised one eyebrow; the second, two; the third made me indubitably inadmissible.”

It could still happen today; it would just be harder to prove.

I think of my grandmother, handwriting her law-school papers when everyone else was sleeping. I encourage you to think of someone like her in your own life. Let’s not allow the successes of the last 70 years to obscure the challenges ahead.

We invite readers to share their own experiences with gender discrimination at work. In the meantime, please share this newsletter with friends and colleagues. If this email was forwarded to you, sign up here.

We’re also interested to know: Are there specific leaders or themes we should spotlight in this newsletter? Send suggestions to [email protected] We’re excited to read them.