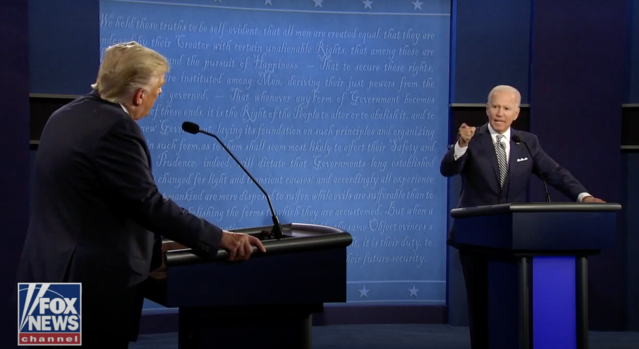 I have previously written about how politicians manipulate our most primitive tribal instincts to their advantage. Humans are inherently tribal with strong affinity to their perceived affiliated group. This is not only visible in nationalism, racism, and religious prejudice, but also in more adaptive forms such as devotion to a sports team, or cultural and religious affiliations. Like it or not, it is very hard to convince someone to change their religious or political affiliation, switch from one cable news to another, or change the football team they root for.

Tribalism can be intensified during times of fear and uncertainty, perceived, induced, or real. This is an evolutionary advantage that strengthens group cohesion and within group trust to help fend off threat whether it is another tribe, predators, or a natural disaster. Fear is a fundamental, deeply wired response, evolved over millions of years to assure our best chance of survival. Fear is fast, and it functions separately from the slower logical and objective brain. That is because we cannot wait for an intellectual analysis of an approaching predator, we should just run or fight fast. Fear often presents in the form of anger: both prepare us mentally and physically to escape or fight the threat.

Republican primaries in 2016 were a shock to many: someone with minimal understanding of the simplest issues of value in domestic and foreign policy, slaughtered those with tens of years of political experience and deep knowledge of the issues one after another. His messages were extremely simple and not longer than highly exaggerated, short uneducated sentences about the immigrants, a wall, economy, and foreign policy. He even brought that perspective to addressing his opponents (Lock her up, little Marco, low energy Jeb). Some related his success to the base’s anger at the “establishment”, and some to being a popular TV character. There is also an evolutionary perspective: Trump acted as an “alpha” who used fear and anger very skillfully: he banked on terrifying people of a variety of doomsday scenarios, and then presented himself as the alpha they needed to save them.

Being a lifelong veteran in bullying and humiliation of others, Trump is capable of utilizing human deepest primitive reactions to his advantage: he triggers fear (Mexicans are coming for you), anger (they have taken things away from you), and tribalism. His MO is “us” vs. “them”, whether them is the Mexicans, the Chinese, the Democrats, the liberals, or even the windmills. He does not use logic. He rather instinctually communicates with the primitive side of his supporters AND his opponents. He knows how to psychologically shake his opponents and drag them to his own playfield where they are not ready to fight someone who bullies for a living. What the audience saw on the debate stage was an alpha singlehandedly slaughter a herd of their leaders. Rarely did he offer thoughtful solutions, knowledge, wisdom, or experience. Instead, he presented himself as a merciless domineer to earn the instinctual respect of the scared and angry tribe, who love him because “he says what is on his mind”. The respect was not for what he said, but for why he says it. In the eyes of the tribal instincts, he does it because he is strong. Only the alpha can talk without fear of criticism or retribution. His inability to experience shame was also part of this dynamic and was mistaken for strength.

Biden has qualities that make him a perfect antidote to Trump. His ability to empathically connect with people (what Hillary Clinton generally lacked) along with authenticity, decency, and years of governing knowledge and experience draw a stark contrast between him and Trump for the left, independents and moderates. Biden is capable of comfortably expressing his thoughts and genuine emotions including anger. Biden says what is on his mind because he passionately believes it. He speaks in a simple way understandable to the majority, a quality a lot of democrats lack. Biden also does not hesitate to offer his honest unfiltered disagreement. His interaction with a factory worker about gun rights when he said: “you are full of shit” may not be liked by pundits, but is seen as honest and empathic strength by many voters. I say “empathic” because he would not say it had he not felt a comfortable level of understanding and connectedness. Even that factory worker did not take issue with Biden’s word choice when pressed in a Fox News interview. Biden “says what is on his mind”, the quality Trump supporters, and others perceive as strength!

For the democratic candidate to beat Trump, he needs to bring the Democrats to the polls, attract those in the middle, and dishearten as many conservatives as possible with Trump. Biden can do the first two because of his deep knowledge and track record in politics, inherent decency, authenticity, and outstanding empathy, lack of which in Trump has repelled democrats and moderates.

For the other task, Biden has to kill the alpha image of Trump in the eyes of his supporters and present himself as the empathic healing new alpha.

How can Biden do it: knowing bully’s game rules

Beating the “alpha” Trump will not happen exclusively through deep intellectual debate, Clinton already tried that and lost. The instinctual, angry, and afraid brain does not follow logic. Biden needs to target that part of the brain infected by Trump, attack the image that Trump has projected to his base, and portray him as weak, incompetent, dishonest, and scared. He has to bully the bully! A passionate unapologetic Biden is capable of giving Trump his own medicine. He has to sharply attack Trumps’ totality, Lincoln Project style. A bully is vulnerable to bullying: in a bully’s mind, you either abuse, or are abused. If he is pushed out of his comfort zone, he will be left confused and looking helpless. The tone and style, and simplicity of the content is of utmost importance. For instance, a detailed statistics on Trump’s Corona disaster may not be as effective as simply saying: “your selfish incompetence has caused death of tens of thousands of Americans.”

His religiosity is another asset for Biden in attracting conservatives or shaming them away from the moral and religious disaster Trump is. Biden is a reminder of lack of a religious and moral core in Trump, and can trigger the shame fostered by religion, in some conservatives away from Trump (Buttigieg strategy). Trump should be portrayed as someone who conned the trust and frustration of the people, and betrayed their religious values.

I am not an expert in politics, but in my view, Biden has an excellent shot at winning this election. While Trump is the vicious alpha, Biden is the empathic nurturing alpha America desperately needs.