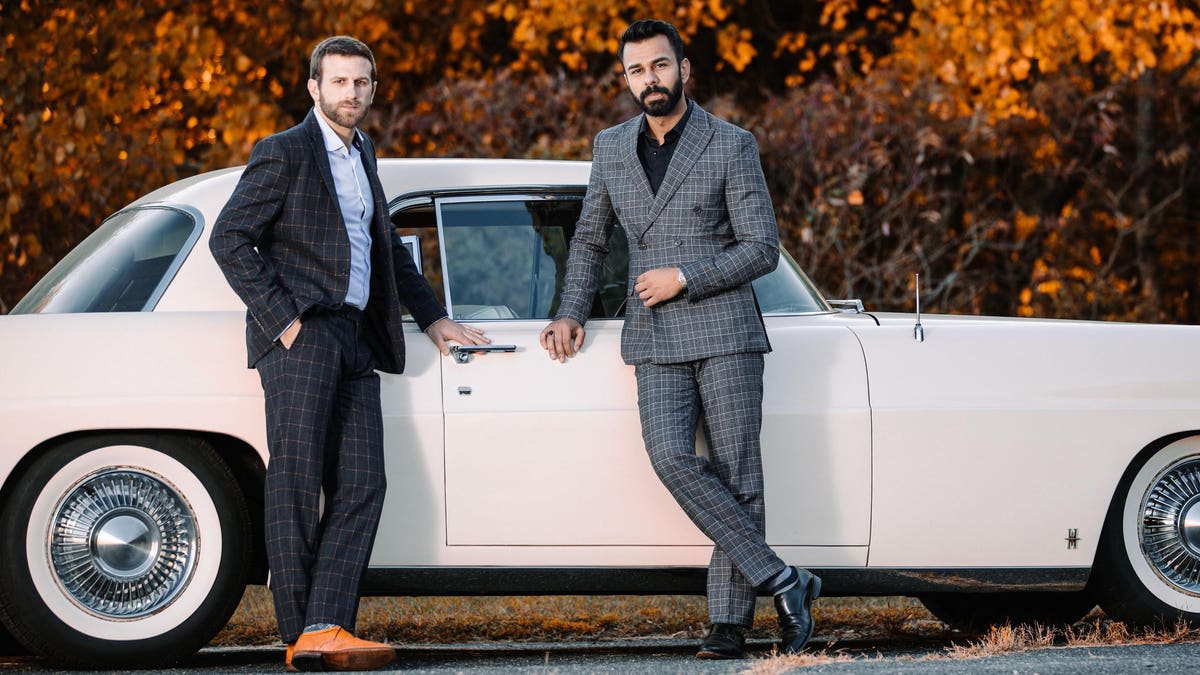 When Covid-19 hit, Aspetto cofounder and CEO Abbas Haider, like lots of small-business owners, was nervous that business would fall. After all, the biggest buyers for his company’s bullet-resistant clothes and tactical gear were federal agencies, which he figured would be focused elsewhere. “We thought a lot of the funding from defense contracts was going to go to PPE,” he says. “We thought business was going to hurt during Covid.”

Instead, Fredericksburg, Virginia-based Aspetto’s business boomed. It now expects revenue to reach $12.5 million this year, up from less than $2 million in 2019, when he company hit a rough spot. Haider and his cofounder Robert Davis, both 30, are already beginning to line up contracts for 2021 (they say they have $14 million worth secured now), when they expect revenue to surpass $25 million. Since the beginning of the year, they’ve won multi-million-dollar deals to make female specific tactical gear for the U.S. Air Force, armored vests for Homeland Security, ballistic shields for the Internal Revenue Service, stab vests for the Bureau of Prisons, and more.

“Innovation is what really helped us,” Haider says. “The reason we were able to develop these better solutions for the military is that we were looking at it from a different perspective, from fashion.”

Haider’s original idea for the business was to create fashionable body armor, which has long been utilitarian if ugly. While in college at the University of Mary Washington, he teamed up with classmate Davis to start the company in 2008. They bet that U.S. government agencies would be willing to pay for better looking bullet-resistant clothes for their employees in unsafe locales; its men’s suits are stylish, but often cost an extra $3,500 to be outfitted with armor in the jacket. (Only buyers who have been background-checked are permitted.) As the firm grew, the duo made the Forbes Under 30 list in Manufacturing & Industry in 2018.

Since then, Aspetto, which has just 12 full-time employees, has expanded beyond fashion to tactical products, in some cases, they say, winning contracts versus the major military contractors. “We’re not part of the norm in this industry,” Davis says.

“We don’t have master’s [degrees] from top business schools, but that’s how we’re learning,” says Abbas Haider, Aspetto’s CEO and an alumnus of Forbes Under 30.

When the Air Force selected Aspetto for the female-specific gear contract in June, “I thought we were just one of the awardees,” Haider recalls. “I called them up and said, ‘How many other companies were awarded this?’ and he’s like, ‘Dude, it’s only you guys.’”

Winning that bid was an especially big deal for a small company, he says, because governments overseas follow the U.S. Air Force’s lead in choosing their suppliers. Soon after the Air Force announced its choice, he says, he started getting inquiries from as far afield as the Netherlands and Australia.

Being outsiders in the insular government-contracting world hasn’t been easy. Aspetto has faced disputes over intellectual-property, both as a plaintiff and a defendant, as well as other warnings to tread lightly. “You’re going to have a target on your back if you are successful and that’s magnified when you’re not from that arena,” Davis says. “I can still remember being at a trade show at the elevator, and someone saying, ‘You’re Aspetto, so-and-so is going to be coming after you.’ And we’re like, ‘Wait, what?’ Welcome to the party, I guess.”

Next up, Aspetto is moving beyond armor and into cybersecurity thanks to a pending acquisition of a small company in that space. Haider figures the company’s existing contracts will help it get a foot in the door, despite being newcomers to that industry as well. “When we got into the armor industry we didn’t know much about armor, we just knew we wanted to learn about it,” Haider says. “The goal is to continue doing innovative stuff on the armor side and diversify.”

As Aspetto has expanded, it’s gained the attention of bigger companies, Haider says, including from two companies in the past two years that were interested acquiring in the armor side of the business. But the founders—who have taken no venture funding and say they’re not even sure what their company might be worth—have turned away all feelers. Says Haider: “We don’t have master’s [degrees] from top business schools, but that’s how we’re learning.”