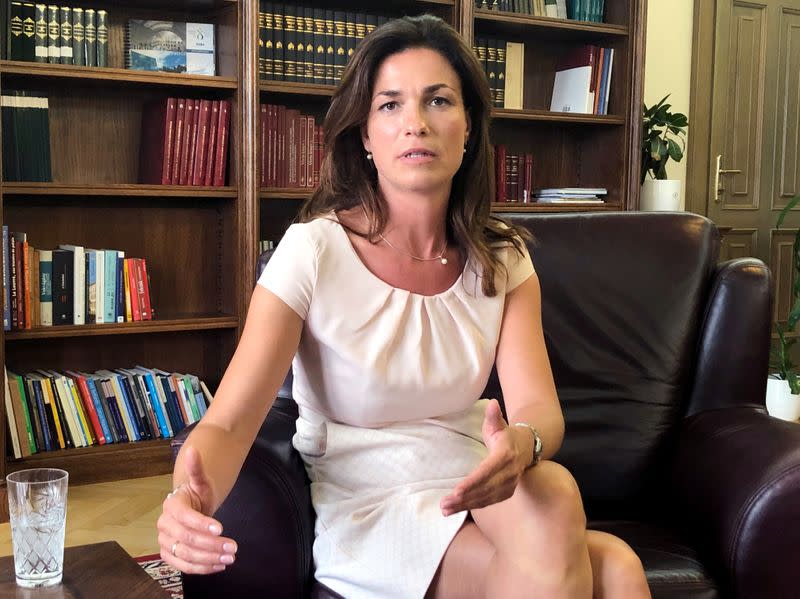 She said on Facebook that the proposal, made this week by Germany as current president of the EU, would mean a unilateral modification of the bloc’s founding treaties. It would thereby violate the rule of law itself, and amounted to “blackmail”.

Hungary has often been at loggerheads with the EU over a perceived backslide from democratic standards, prompting the deputy head of the EU executive to describe Hungarian Premier Viktor Orban’s system as an “ailing democracy”.

Germany has floated a scheme that conditions access to EU money, including the 750-billion-euro ($879.68 billion) coronavirus recovery fund, to respect for the rule of law, a document seen by Reuters showed on Monday.

“In July, the heads of state and government agreed on a mechanism to protect the budget of the EU and not on another rule of law mechanism,” Varga wrote.

“Assistance must be provided as soon as possible for member states that are in need. The proposal puts at risk quick and effective action by reopening questions already settled,” she said. “This is exactly what the frugals want as they have never really supported European recovery.”

By “frugals” she was referring to some EU governments that had pressed for the recovery fund to made up of mainly repayable loans rather than grants to avoid what they see as the risk of mutualising member states’ debt. The deal struck at a July EU summit envisages a somewhat greater amount of grants than loans.

Orban on Monday called on European Commission President Ursula von der Leyen to dismiss Vera Jourova, the top rule of law official in the EU executive, but a Commission spokeswoman brushed aside the demand on Tuesday.