With his critically acclaimed superhit Hichki, Siddharth P. Malhotra has established himself as a film-maker who has a distinct voice in Bollywood. The director is celebrating his birthday with his parents today and he spoke to us on his career milestone moments. Read on… 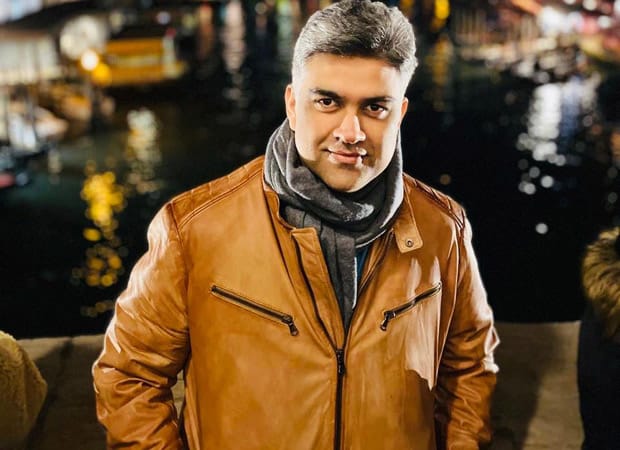 What has been your career milestone moments and how does Hichki fit into those moments particularly?

My career milestone moments, I think I started with TV. My TV milestones, I created some kind of pathbreaking TV which I am still known for, Sanjivani or Dil Mil Gaye or Ek Haazaron main Meri Behna Hai or Ek Hasina Thi, Dil Dosti Dance these were shows which created a new niche and are still remembered including the new ones which I’ve created now, so I did a comical take on Naagin called the Ichhapyaari Naagin, so I think career milestones moments, I got to work with Sooraj Barjatiya, as a associate director in Vivah, I got to work with Karan in Kal Ho Na Ho, I got to direct We are Family so that was a milestone moment when you get to direct Kajol and Kareena in one film with Arjun, for Karan Johar. Karan is someone I’ve always looked upto.

How does Hichki fit into these moments – Hichiki is basically about befriending your tourette, and when I’m saying tourette, all of us have Tourette. Tourette’s are our weak points, are thoese points which people don’t really want to look at and accept . After We are Family didn’t do well, I went through a pretty dark phase in my life, a phase where I almost attempted suicide twice. At that point, Hichki was the only film I wanted to say and no one was letting me say it. Everybody wanted to change the script, somebody wanted Tourettes out of the film, somebody wanted 9F out of the film, no one was seeming to get it and what was happening is that everytime I would leave that script and do something else, I would come back to Hichki. And then one day how Naina Mathur in the film got this class, I got Aditya Chopra in my life. He came into my life, he heard the script, he said I’ve not seen We are Family but the way you’ve narrated Hichki, I’m pretty sure you will make a good film out of this, and please dont change anything and make the film you want to make. Those were music to my ears. Looking back, Hichki actually made me understand and accept myself and befriend my tourettes and also find my voice as a director .

You gave India a sensitive, progressive, inclusive film with Hichki – do you wish for a more inclusive society on your birthday?

I really wish for a more inclusive society in every way. May it be gender, may it be religion, I really believe in the triumph of Human Spirit. There is nothing bigger than humanity and humanity should be the only religion. There is too much of negativity anyway to deal with, why create more issues, why can’t the world be happier place.  I really do wish for a more inclusive society. Specifically on my birthday that would be my wish, if that really happened.

How are you looking to spend the day and what special things have been lined up to celebrate?

Well, I was in Dubai, I went with my family for a little break. I’ve come back today because of my parents. Pre lockdown my parents were with me at home. And I wanted to take their blessings on my birthday so I’m back in Bombay. And my dog who is my life Simba. For me spending the entire day with Simba just by his side, looking at him, hugging him and playing with him, that’s pretty much what I’m doing. And I’m working on my next script and I’m looking forward to directing that now. So, that’s how I’m going to celebrate.

ALSO READ: Surbhi Chandna and Gaurav Chopra starrer Sanjivani to go off-air; the show might come back with a fresh season