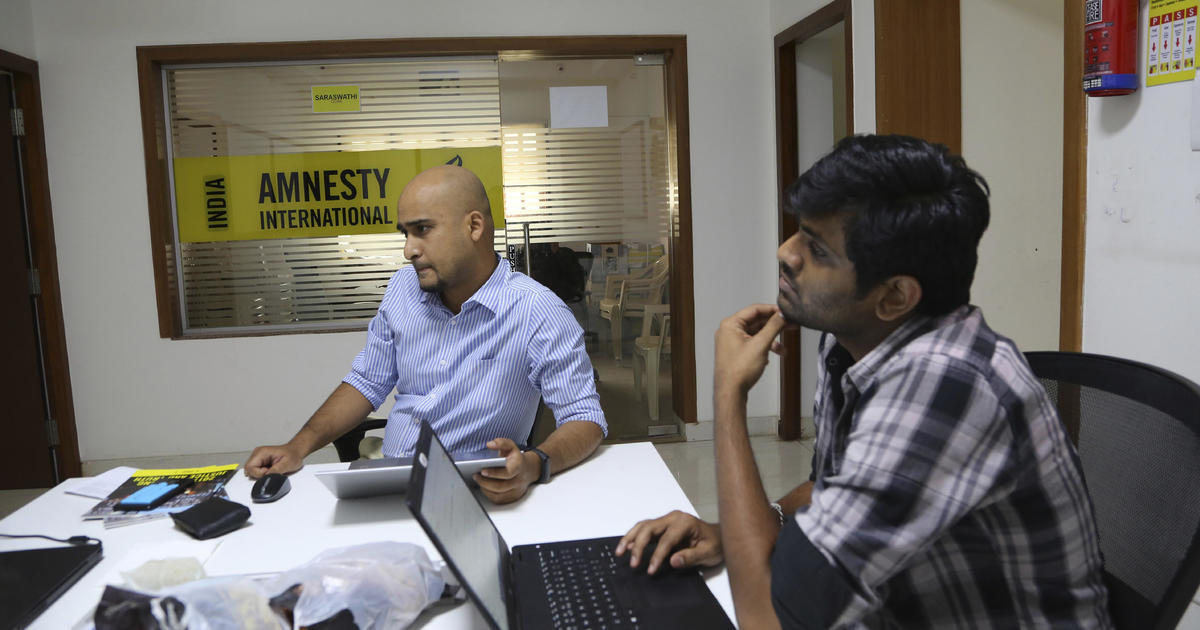 Indian authorities froze Amnesty’s bank accounts earlier this month for allegedly receiving foreign funds illegally, a charge the rights group denies. The organization said it had been forced to lay staff members off and pause its work in India because it could not access its funds.

“India’s stature as a liberal democracy with free institutions, including media & civil society organizations, accounted for much of its soft power in the world. Actions like this both undermine our reputation as a democracy & vitiate our soft power,” Shashi Thraoor, a member of the opposition Indian National Congress party, said on Twitter about the government’s action against Amnesty.

Amnesty’s bank accounts were frozen just days before the Indian government tightened up laws on foreign funding for non-governmental organizations.

The Foreign Contribution (Regulation) Act (FCRA) 2020, approved by India’s Parliament last week, gave the government sweeping new powers to cancel FCRA certificates issued to non-profit groups, prohibited the transfer of foreign funds to any other organization, put a cap on administrative expenses at 20%, and requires organizations to have a bank account in Delhi, among other restrictions.

Major non-profit groups and social workers in India see the new law as a crackdown by the government, and warn it could cripple them as the Asian nation grapples with major economic, social and health challenges, including the coronavirus pandemic.

The Population Foundation of India (PFI), a non-profit that has promoted family planning, women’s empowerment and literacy in India for 50 years, warned that the new laws “will kill collaboration and cooperation amongst NGOs.” The organization said the government appeared to be “looking at all foreign contributions with suspicion,” which it said could damage India’s global reputation as a free democracy.

“These amendments also assume that NGOs that are receiving foreign funds are guilty unless proven otherwise,” said Poonam Muttreja, executive director of the PFI. “We are here because of the failure of the executive and government, because they do not do their jobs and we come in to fill the gaps.”

“This is the worst possible time to hamper civil society… just when this country needs its entire civil society to work together with the private sector and the government to address the multiple problems that confront us,” the Voluntary Action Network India (VANI), an alliance of more than 550 non-profit groups in the country, said during a press conference last week

Indian government data show there are more than 20,000 non-profit groups registered to receive foreign grants under the FCRA. Many of these organizations have worked for years with smaller NGOs, especially in rural areas, in everything from health care and nutrition to education and safeguarding women’s rights.

Charities Aid Foundation India (CAFI), a non-profit that has worked in India for two decades, said the law preventing large organizations like it from transferring funds to smaller partners, which often are not registered under the FCRA, will “clip their wings and disallow them to continue with their good work.”

“Grassroots organizations are already starved for resources and find the much-needed support through the process of sub-granting,” said CAFI. “Restricting re-granting and drastically reducing admin costs can affect many critical services for poor, along with millions of jobs in the NGO sector.”

Christian groups in the crosshairs?

The government says the new regulations are aimed at increasing transparency and accountability. During a debate in Parliament on the new law, some supporting members said foreign funds were being misused for illegal and anti-Indian activities, including religious conversions.

Earlier this month, the Indian government suspended the FCRA licences of six organizations — meaning they can no longer receive foreign funding. Four of the six are evangelical Christian groups.

At least two U.S.-based Christian organizations are also being scrutinized by the Indian government, according to reports in Indian media.

“Concerns have been raised regarding the impact of U.S.-based evangelical donors, including Seventh Day Adventist Church and Baptist Church in regard to Indian associations; a probe is on,” one newspaper recently quoted a government official as saying.

“The constant harassment by government agencies including the Enforcement Directorate is a result of our unequivocal calls for transparency in the government, more recently for accountability of the Delhi police and the Government of India regarding the grave human rights violations in Delhi riots and Jammu & Kashmir,” Avinash Kumar, Executive Director of Amnesty International India, said in a press statement on Tuesday.

Two recent reports by Amnesty — one on the February sectarian riots in New Delhi that left dozens dead and thousands displaced, and the other on alleged rights violations in Kashmir since August last year, when the Indian government stripped the Himalayan region of its limited autonomy — were highly critical of Modi’s government.

Last month, the rights watchdog accused the Delhi Police force, which works under the federal government, of committing human rights violations during the February riots, including, “indulging in violence with the rioters; torturing in custody; using excessive force on protesters; dismantling protest sites used by peaceful protesters and being mute bystanders as rioters wreaked havoc.”

The police force dismissed the report as malicious.

The Indian government hasn’t responded to Amnesty’s allegations of harassment. The U.K.-based organization insists that all of its operations and fundraising are in full compliance with both Indian and international law.