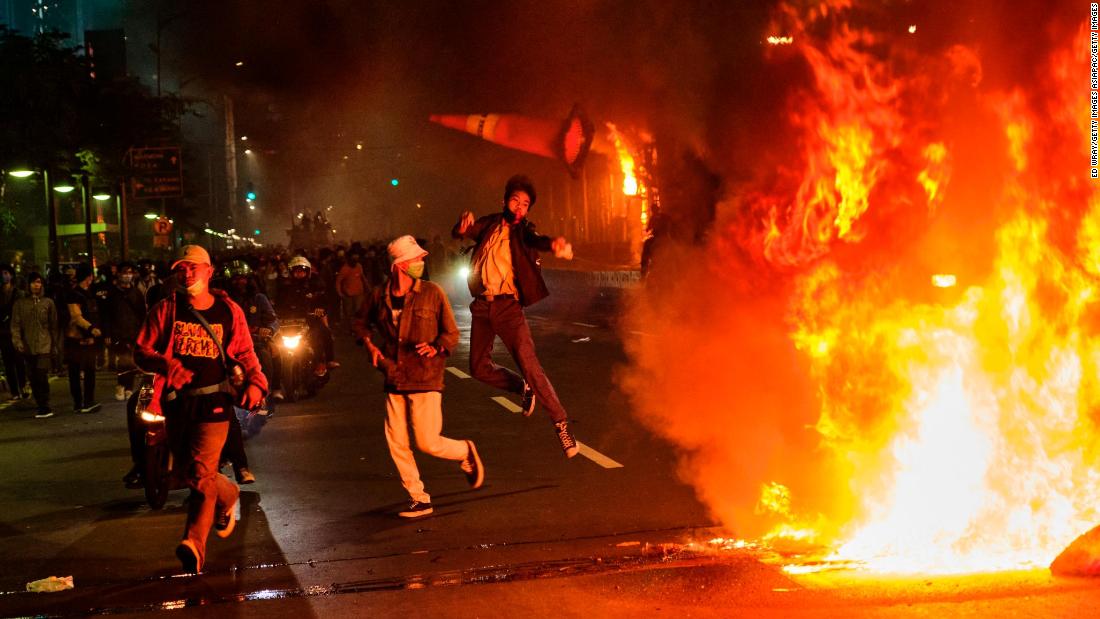 At least 60 demonstrators and six police were injured at the demonstration near the Presidential Palace during the third day of a nationwide strike and demonstrations in the Southeast Asian nation, the news agency reported.

Critics say the new legislation, locally known as the “omnibus law,” scraps some labor rights, indigenous community rights and environmental protections. They also complain the legislation was rushed through parliament without consultation with unions.

Protests erupted in major cities across Indonesia after the law’s passage in the House of Representatives on Monday.

Yunus confirmed the 400 arrests and referred to the demonstrators as “an anarchic group.”

Jakarta police have deployed over 9,000 personnel as a precautionary measure against protests, Yunus told Antara.