While discussing the shooting of Jacob Blake on ‘The Ingraham Angle,’ President Trump said some police officers who shoot unarmed suspects ‘choke.’

A federal judge Thursday halted the work of a national law enforcement advisory commission authorized by President Donald Trump as part of a legal challenge to the group’s composition and claims that it lacked representation from police reform and civil rights groups.

The order issued by U.S. District Judge John Bates comes weeks before the Presidential Commission on Law Enforcement and the Administration of Justice was due to deliver to Attorney General William Barr its findings on challenges facing local police.

While the The commission was directed to produce a “fresh evaluation of the salient issues affecting American law enforcement and the communities they protect,” civil rights advocates claimed that it has served to support “unfounded yet repeated public assertions” by the president and the attorney general that there is lack of respect for police.

“That purpose is evident in the composition of the commission, which is stacked with members that are exclusively from a law enforcement background,” the NAACP Defense & Educational Fund Inc. claimed in its initial complaint. “Not a single member of the commission is a defense attorney, criminologist or other relevant academic, public-health practitioner, mental health or addiction-recovery treatment provider, offender reentry coordinator, social worker, or formerly incarcerated individual.” 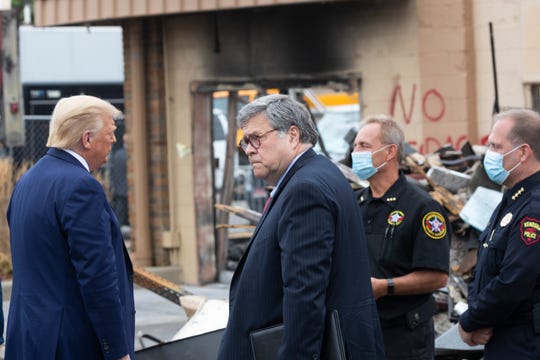 Bates, in a 45-page opinion, concluded that the government had not met its obligation to “ensure transparency and fairly balanced (committee) membership … during this time of great turmoil over racial injustice and allegations of police misconduct.”

“The attorney general stressed the need to hear from a diversity of backgrounds and perspectives such as “community organizations, civic leadership, civil rights and victim’s rights organizations, criminal defense attorneys, academia, social service organizations, and other entities that regularly interact with American law enforcement,” Bates wrote. “Despite these stated goals, however, the commission’s membership consists entirely of current and former law enforcement officials.”

The judge also took issue with the commission’s proceedings, describing them as “far from transparent.”

“Especially in 2020, when racial justice and civil rights issues involving law enforcement have erupted across the nation, one may legitimately question whether it is sound policy to have a group with little diversity of experience examine, behind closed doors, the sensitive issues facing law enforcement and the criminal justice system in America today,” Bates wrote. 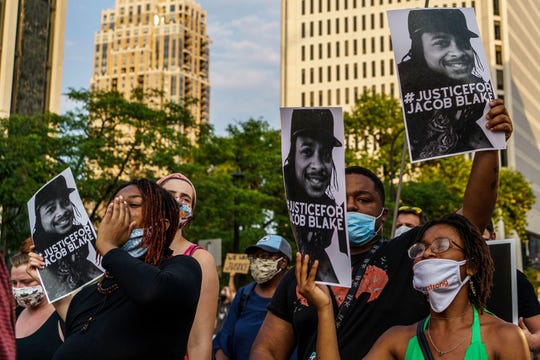 Protesters hold signs outside the Minneapolis 1st Police precinct during a demonstration against police brutality and racismÂ on August 24, 2020 in Minneapolis, Minnesota. – It was the second day of demonstrations in Kenosha after video circulated Sunday showing the shooting of Jacob Blake — multiple times, in the back, as he tried to get in his car, with his three children watching. (Photo by Kerem Yucel / AFP) (Photo by KEREM YUCEL/AFP via Getty Images) (Photo: KEREM YUCEL, AFP via Getty Images)

Siding with the NAACP, the judge said the commission’s operations are governed by the Federal Advisory Committee Act (FACA), which requires a “fairly balanced” array of viewpoints to be aired in publicly-noticed, open meetings.

The government has argued that the law does not apply to the commission, but on Thursday the court rejected that position.

Until the provisions of the FACA are satisfied, the court ordered that all “commission proceedings be halted and no work product released…”

The NAACP lauded the ruling as an “important step in the right direction.”

“The country has been demanding accountability for police misconduct and violence, and clamoring for a re-imagined notion of public safety for many months following the police killings of George Floyd, Breonna Taylor, and countless other Black people,” said Sherrilyn Ifill, the group’s president and director-counsel. “Any federal committee designed to make recommendations about law enforcement must include representation from people and communities impacted by police violence, civil rights organizations, the criminal defense bar, and other stakeholders.”