Foreign Minister Yair Lapid said on Thursday that the current political crisis is “under control,” maintaining that efforts are ongoing to ensure that the government remains in power.

“The current political crisis is not easy, but it is managed,” Lapid said at a meeting of his Yesh Atid faction in his first public comments on the matter.

“If we operate correctly, this government will be here both next Passover and the one after. It will not be easy, but it will happen,” said Lapid.

“It is an excellent government, and we will do everything to make sure it continues.”

“The greatest thing this government has done is to bring back the great idea of common good,” he added. “Of Israeli unity. Making the right, left and center work together for the citizens of Israel and for the State of Israel.”

Lapid’s comments came following Yamina MK and coalition whip Idit Silman’s defection to the opposition last week, a move that ended the government’s razor-thin majority in the Knesset, paralyzing its ability to pass legislation and leaving it near potential collapse.

Blue and White MK Michael Biton told Army Radio on Thursday that the coalition losing its Knesset majority would make legislative work difficult, but not impossible.

“This is a crisis, but it is not a total crisis,” he said. 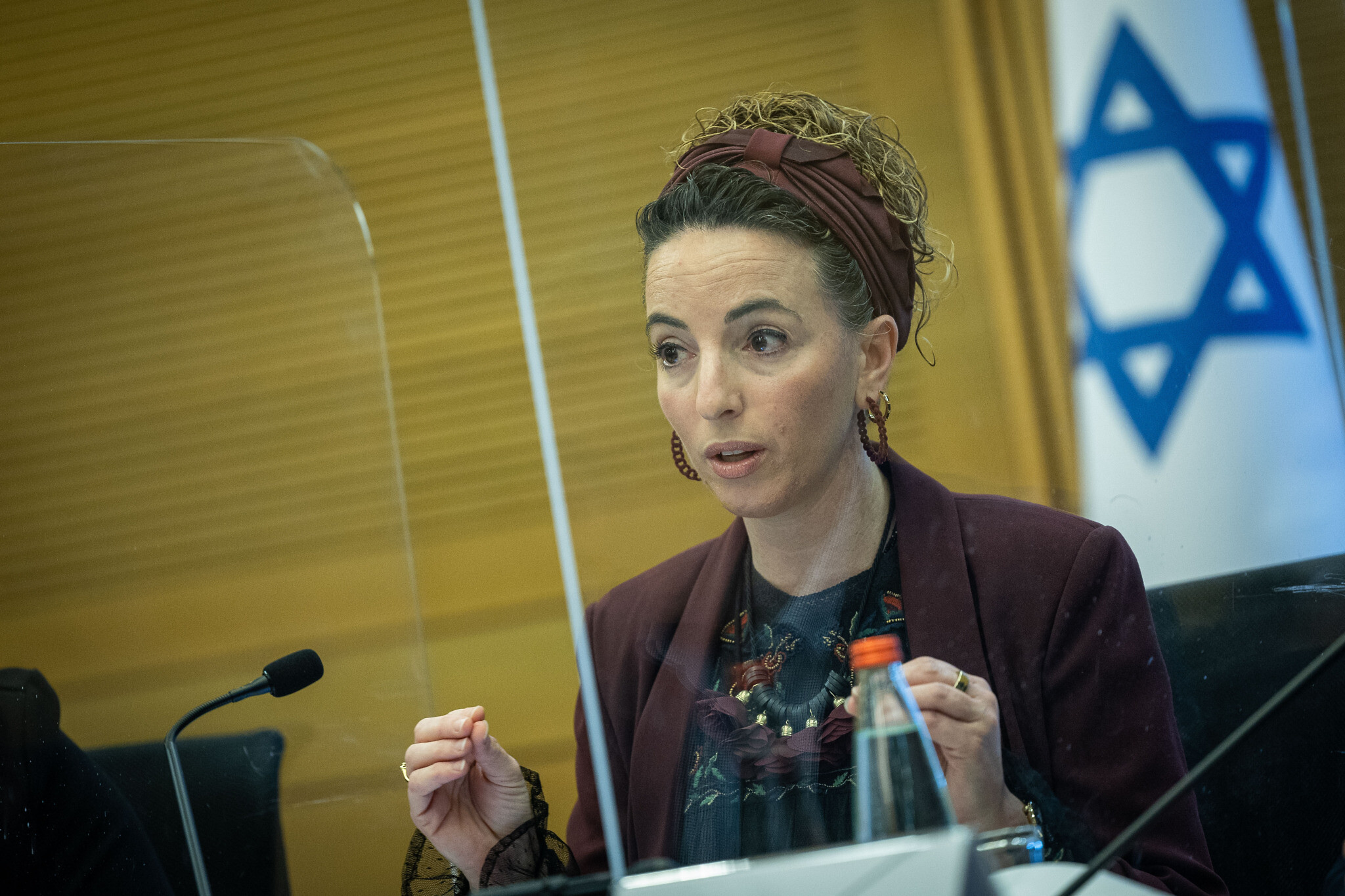 Silman’s defection left the government teetering on the brink of collapse with just 60 of 120 Knesset seats. In the opposition, meanwhile, 54 MKs are aligned with the right-wing bloc led by Likud leader Benjamin Netanyahu, and 6 MKs are in the Joint List of mainly Arab parties, who are opposed to Netanyahu. Thus, despite the government now lacking a majority, it is not immediately apparent that there exist enough votes to bring it down.

Joint List head Ayman Odeh has said he will not commit to joining a no-confidence vote as it would assist Netanyahu in his goal of returning to power as prime minister.

Lapid maintained that relations within the coalition are good, adding that he prefers “ideological differences over people dealing in corruption.”

Under the current coalition agreement, if the government falls — with more than two votes from within the Bennett-aligned bloc — and Israel heads to a new election, Lapid automatically becomes prime minister during the interim period. 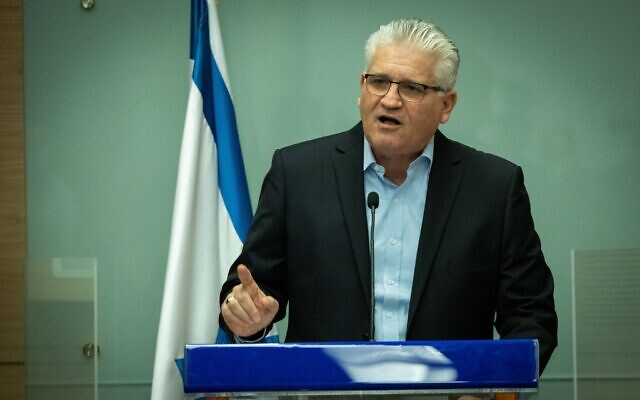 Minister Eli Avidar speaks during a press conference at the Knesset, the Israeli parliament in Jerusalem, on February 22, 2022 (Yonatan Sindel/Flash90)

Maverick Yisrael Beytenu MK Eli Avidar on Thursday called on Bennett to step down from the premiership and hand over the reins to Lapid.

“I would be very happy if he would now pass the baton to Yair Lapid, it would be much healthier. He [Bennett] has not committed to the rotation agreement,” Avidar told 103 FM Radio.

Earlier this year, Avidar announced that he was resigning from the cabinet and returning to the Knesset where he would effectively act as an independent lawmaker. He technically remains within the right-wing Yisrael Beytenu coalition party, but has all but severed his ties with the faction and its leader Avigdor Liberman. 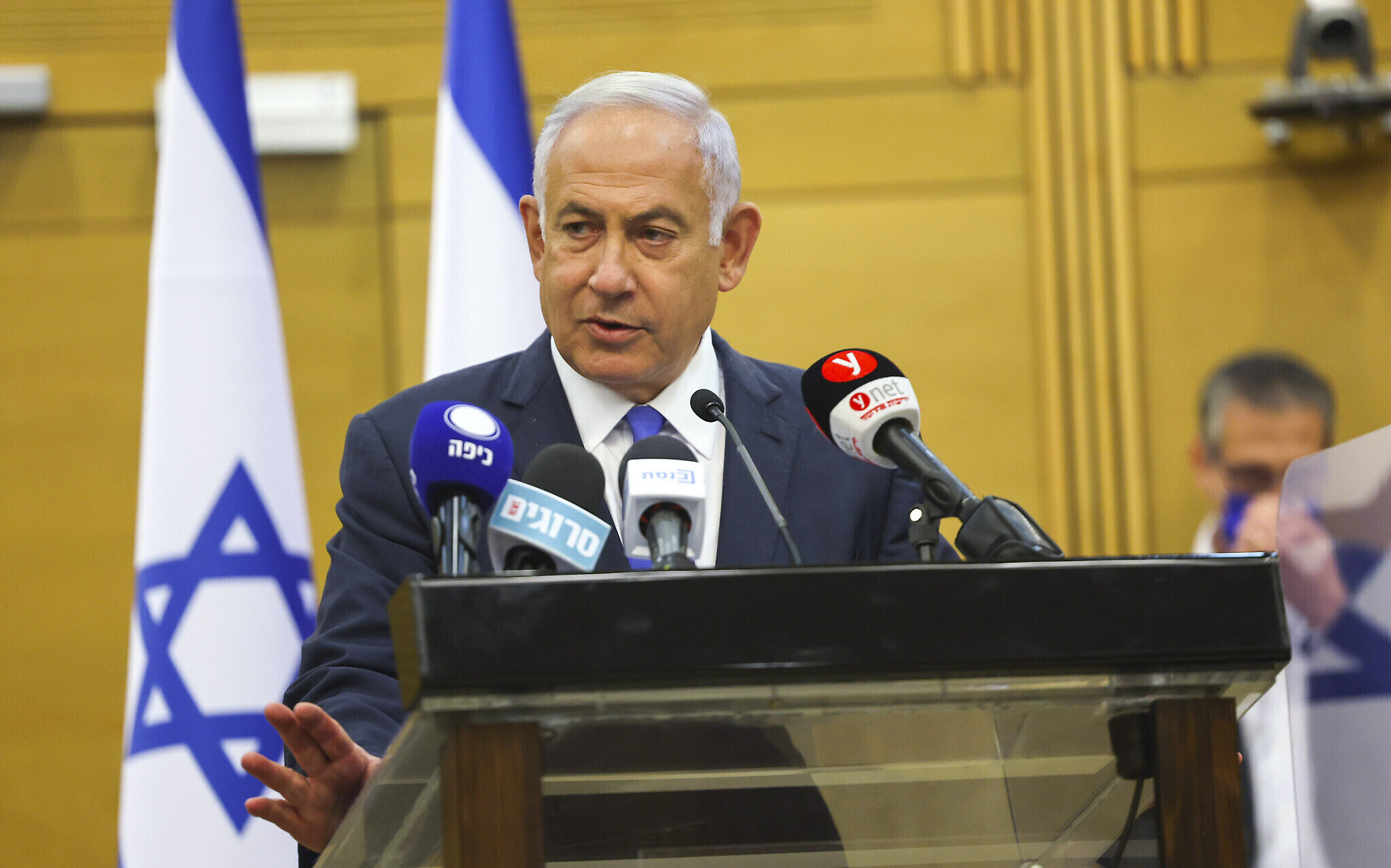 Earlier in his address, Lapid also attacked Religious Zionism party leader Bezalel Smotrich and Ayman Odeh for their comments over the past week.

On Tuesday, the far-right lawmaker said synagogues should turn away members of the governing coalition and claimed that their political actions should exclude them from communal religious life.

And on Sunday, in a video filmed at the Damascus Gate in Jerusalem’s Old City — a flashpoint area for violence in recent weeks — Joint List head MK Ayman Odeh called on young Arab Israelis serving in Israeli security forces to “throw” away their weapons.

Both their remarks were met with severe criticism from across the political spectrum.

“Smotrich thinks he’s God’s personal bouncer, that he can decide which Jews can enter a synagogue, and Ayman, who attacked Arab police officers just because they joined in the national battle against violence and terrorism,” Lapid said.

“This government is the answer to the dangerous alliance of Bezalel Smotrich and Ayman Odeh.”

The foreign minister also criticized Netanyahu, saying that “during the fighting in Gaza, when thousands of missiles landed on Israel, I was the head of the opposition and gave the government my backing. We told the enemy that when Israelis are killed, we are all united against terrorism.”

“Even during horrific terrorist incidents we supported the government and gave it our backing,” Lapid added. “This is not the practice of the opposition these days. I call on the opposition leader to restrain himself, [Religious Zionism MK Itamar] Ben Gvir and Smotrich. Only together will we win, there is no other way.”

Israel is now a far more prominent player on the world stage than its size suggests. As The Times of Israel’s Diplomatic Correspondent, I’m well aware that Israel’s security, strategy and national interests are always scrutinized and have serious implications.

It takes balance, determination, and knowledge to accurately convey Israel’s story, and I come to work every day aiming to do so fully.

Financial support from readers like you allows me to travel to witness both war (I just returned from reporting in Ukraine) and the signing of historic agreements. And it enables The Times of Israel to remain the place readers across the globe turn to for accurate news about Israel’s relationship with the world.

If it’s important to you that independent, fact-based coverage of Israel’s role in the world exists and thrives, I urge you to support our work. Will you join The Times of Israel Community today?

Already a member? Sign in to stop seeing this

We’re really pleased that you’ve read X Times of Israel articles in the past month.

That’s why we started the Times of Israel ten years ago – to provide discerning readers like you with must-read coverage of Israel and the Jewish world.

So now we have a request. Unlike other news outlets, we haven’t put up a paywall. But as the journalism we do is costly, we invite readers for whom The Times of Israel has become important to help support our work by joining The Times of Israel Community.

For as little as $6 a month you can help support our quality journalism while enjoying The Times of Israel AD-FREE, as well as accessing exclusive content available only to Times of Israel Community members.

Thank you,
David Horovitz, Founding Editor of The Times of Israel

Already a member? Sign in to stop seeing this