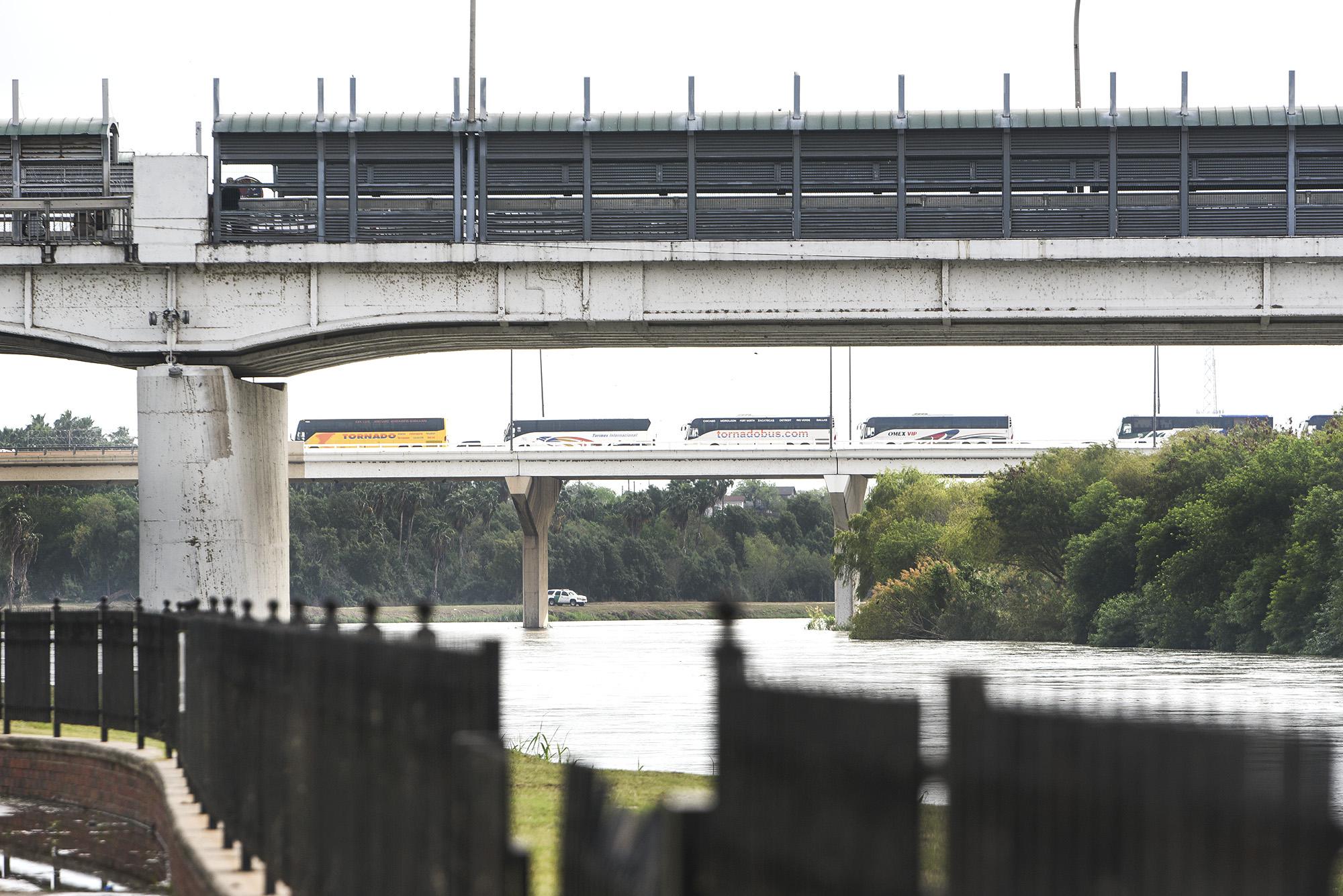 Laredo City Council is petitioning for the federal government to open more lanes at the city’s international bridges.

Laredo City Council is petitioning for the federal government to open more lanes at the city’s international bridges.

Off and on throughout the pandemic, Mayor Pete Saenz has spoken about the need to reopen the bridges to tourists from Mexico in order to support Laredo’s business community.

In March, the Department of Homeland Security closed ports of entry on the U.S.-Mexico border to all but essential travel. This meant that most of the Nuevo Laredoans who usually cross over to shop on a tourist visa could not travel to Laredo.

The Trump administration has extended these restrictions for every month since, most recently last week.

Saenz said that now finally feels like the right time to open the bridges to non-essential travel again. After experiencing weeks of extremely elevated hospitalization and positivity rates over the summer, Laredo is now on a downward trend.

It’s now worth taking the risk of eliminating these travel restrictions, Saenz told council, so the local business community can begin to recover.

“We can coexist. If we follow these preventative guidelines, it works. We can have health and we can have commerce as well. It’s worth the attempt and it’s worth the risk,” the mayor said.

Laredo Health Director Dr. Victor Treviño said if these restrictions are lifted, the bridges can be monitored and the city can conduct voluntary testing.

“But people are already crossing the bridge, at times, thousands per day,” Treviño said. “The cross-border infections have always existed since the very beginning because Nuevo Laredo and Laredo are intertwined communities, with or without the pandemic.”

However, council did not make a motion to petition the federal government to end the travel restrictions. Instead, Councilman Mercurio Martinez noted that when the government restricted the number of northbound lanes at the bridges, it clumped travelers — especially pedestrians — together. Most of these people are essential workers.

Councilman Alberto Torres noted that wait times in the pedestrian lane can be two hours long right now. These travelers are crowded, breathing on top of each other, and then coming into Laredo.

Opening up more northbound lanes would go a long way in helping to curb the virus, Martinez said. So he made the motion for council to ask federal authorities to allow for this.

Councilwoman Nelly Vielma asked that they accompany the letter with a video that shows the conditions at the bridges and in their downtown, where so many businesses have closed.

“The people making these decisions at the federal level have no earthly idea how it’s affecting us at the bridge,” she said.