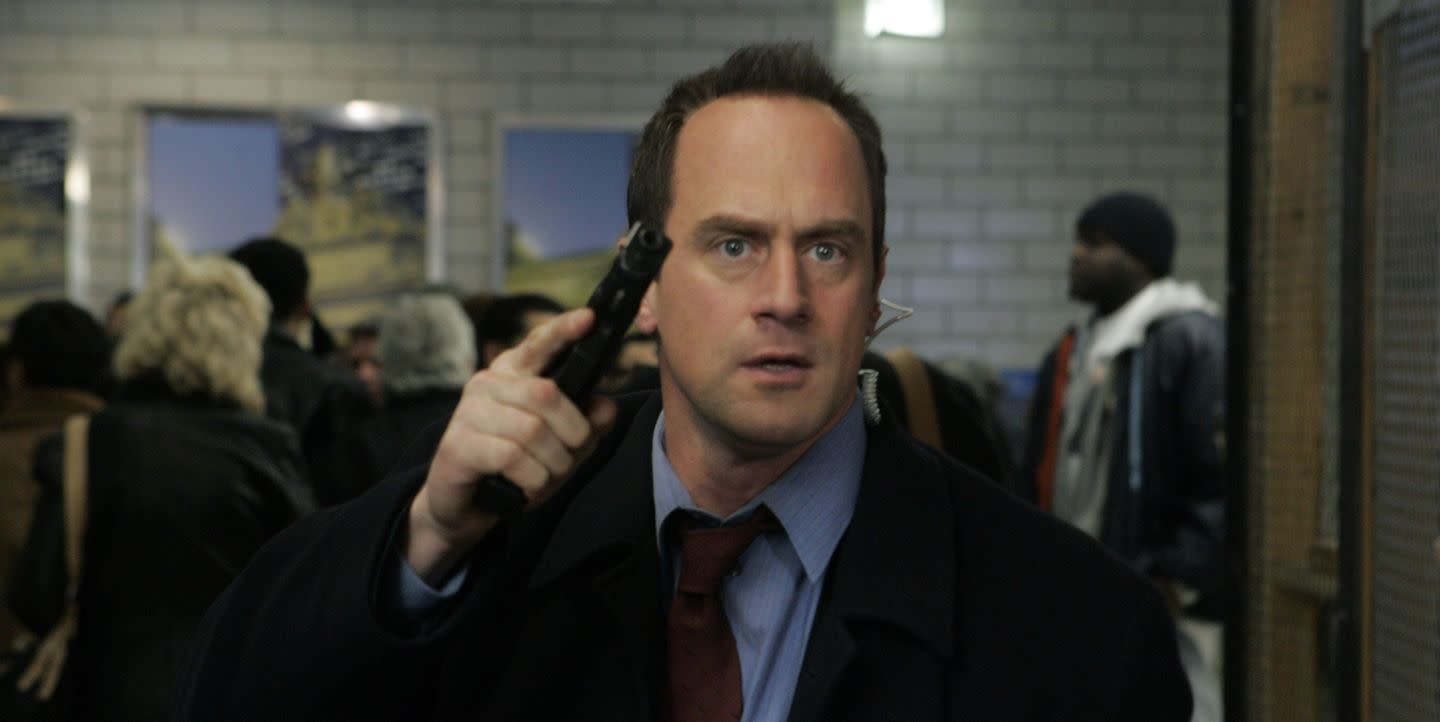 “I left with zero animosity, but I did leave clearly and open-eyed in going forward and finding new adventures.”

But clearly, the issues which contributed to his departure have been ironed out, and this is what his new role will entail: “[Meloni] returns to the NYPD to battle organised crime after a devastating personal loss.

“However, the city and police department have changed dramatically in the decade he’s been away, and he must adapt to a criminal justice system in the midst of its own moment of reckoning.

“Stabler will aim to find absolution and rebuild his life while leading an elite new task force that is taking apart the city’s most powerful crime syndicates one by one.”

But just when all of the various elements had seemingly come together, there has been yet more upheaval behind the scenes.

Craig Gore (SWAT and Chicago PD) was initially on board as showrunner, but was fired in June for comments that he made about the Los Angeles protests.

Matt Olmstead (Chicago franchise) was then brought in to take over.

But he’s no longer working on Organized Crime either, according to The Hollywood Reporter [THR], despite signing a three-year deal with Universal TV.

THR sources said that Olmstead is “exiting the straight-to-series drama amid challenges cracking the show’s creative”.

He is said to be working on another show produced by Dick Wolf, with the search for his replacement now under way.

Initial indications suggested it could air in January 2021, but that, understandably, is no longer the case.

There’s been some panic among fans that this news could signal the end before it’s even begun, but there’s no suggestion that that’s happening, with plans remaining to air it during the 2020-21 season.

Plus, multiple series have parted ways with various cast and crew, including showrunners, and still managed to make it to screen. Given how popular Stabler is with so many Law & Order fans, we can’t see Wolf and co scrapping this project.

Stabler was initially going to be reintroduced in SVU’s season 22 premiere.

“It’s pretty clear that Elliot will be in the SVU season opener,” said showrunner Warren Leight on the show’s behind-the-scenes podcast. “I think that much I know.”

And Stabler’s wife and son were supposed to feature in the season 21 finale.

But all of the above changed due to the pandemic, which prevented the last year from running its full course, which shouldn’t have come as much of a surprise after Leight tweeted the following in August: “These days all plans are subject to change. And then they change again. And again.

“For now, we won’t reintroduce Stabler until the night of his Organized Crime premiere.

@SVUWritersRoom has to be NIMBLE this year.”

These days all plans are subject to change. And then they change again. And again. For now, we won’t reintroduce Stabler until the night of his Organized Crime premiere. @SVUWritersRoom has to be NIMBLE this year. https://t.co/khZoQXE3mB

It’s currently unknown who will take charge of Organized Crime, but fans will be hoping for a swift resolution so that the series can kick on and, we hope, deliver that Stabler-Olivia Benson (Mariska Hargitay) reunion we’ve all been hoping for.

Digital Spy has launched its first-ever digital magazine with exclusive features, interviews, and videos. Access this edition with a 1-month free trial, only on Apple News+.