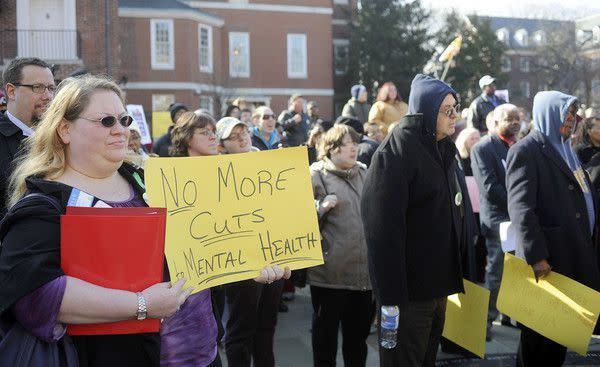 Let’s start with some perspective. First, Maryland is not now an especially high alcohol tax state. A 2018 survey by the Tax Foundation ranked Maryland 31st among the 50 states in taxes on distilled spirits. The ranking on wine and beer taxes is higher (just in the top quintile) but still less than many southern states. But what Maryland does have is significant evidence of alcohol and drug abuse. Drug- and alcohol-related deaths increased 9% in the first half of this year; the coronavirus apparently contributing to the problem. Opioids represent the biggest share of that but don’t discount alcohol. Surveys suggest both sales and consumption are up substantially during the COVID-19 pandemic and with them all the associated risks — impaired driving, domestic abuse, underage drinking and on and on.

Meanwhile, Maryland is going to need at least two things if the economy is going to continue to recover. It’s going to have to address projected state budget deficits in the next two fiscal years, and it’s going to need to help boost the struggling retail economy. Some would prefer to solve the budget shortfall through cuts in services alone but given voter attachment to K-12 public education spending, that’s unlikely to pair well with school systems that are already struggling to meet student needs with online learning. Are they going to layoff teachers next year? Cut salaries? Increase classroom sizes? Delaying Kirwan’s boost to education is one thing, starving students just when they need the support most is another.

The final piece to this puzzle is the opportunity presented by expanded liquor sales. Obviously, this would loosen the headlock that liquor stores have on alcohol sales in much of the state, but disrupting that monopoly is a good thing. Not only would it be convenient for consumers, but the companies that stand to benefit from this deregulation have already promised to hire hundreds more workers. And it might even help Baltimore attract grocery stores to its food desserts while simultaneously starving those corner liquor stores that tend to attract crime. That would be a well-deserved win-win for the city.

Admittedly, this might be a bit much to ask of what amounts to some modest tinkering with Maryland’s rather convoluted liquor laws. And it won’t net anything close to what’s needed to fully finance the Blueprint for Maryland’s Future (Kirwan), but it’s a nice start. Politicians are surely loathe to raise alcohol taxes (it tends not to play well on campaign flyers, and state lawmakers face their next moment at the polls in 2022), but you can bet that deregulating beer, wine and spirit sales will hit the spot. Comptroller Peter Franchot has been trumpeting for years the need to loosen liquor laws, particularly to promote Maryland’s craft producers. This would help accomplish that but do so responsibly by potentially raising prices, which have proven in the past to be an effective way to discourage alcohol abuse and underage drinking.

Advocates for the higher sales tax would like to see the revenue used to address health disparities that have become all the more glaring during the pandemic. That’s surely a worthwhile cause. But so is addressing educational disparities. As for the potentially adverse impact on liquor stores, have anti-tax critics been in one lately? They appear to be doing pretty darn well. Keeping alcohol sales from growing too quickly has significant public health benefits that should not be lightly dismissed. Seeking to prevent excess consumption of alcohol may sound like “nanny state” talk, but tell that to the families and friends of the more than 10,000 Americans (one ever 50 minutes) who die each year in drunk-driving crashes. A little moderation — taking the “good” of consumer choice with the “bad” of higher prices — sounds like a pretty sweet deal.

The Baltimore Sun editorial board — made up of Opinion Editor Tricia Bishop, Deputy Editor Andrea K. McDaniels and writer Peter Jensen — offers opinions and analysis on news and issues relevant to readers. It is separate from the newsroom.

Visit The Baltimore Sun at www.baltimoresun.com