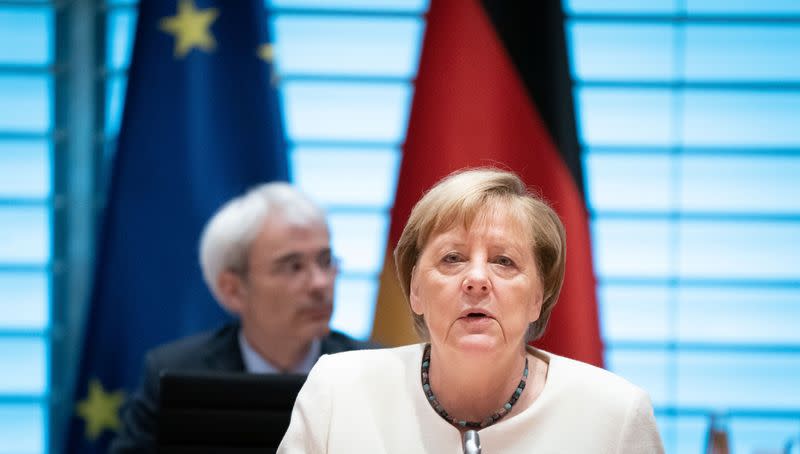 BERLIN (Reuters) – Angela Merkel’s government wants to restrict the size of parties to suppress the spread of the coronavirus in Germany, a draft resolution seen by Reuters ahead of a meeting between the chancellor and state premiers on Tuesday showed.

Germany has fared better than many other European countries so far during the pandemic, but Merkel told leaders of her party on Monday that the infection rate could hit 19,200 per day if the current trend continues, a party source said.

Under a “hot spot strategy”, the government wants to tighten restrictions to limit parties to 25 people in private and 50 in public places in areas where the infection rate hits 35 per 100,000 over a seven day rolling period, the draft showed.

Temporary bans on serving alcohol would also be enforced.

If the seven-day infection rate hits 50 per 100,000, celebrations in private spaces would be restricted to 10 people and those in public spaces to 25, the draft resolution showed.

Mass-selling newspaper Bild reported that the plans were running into resistance from some of the state premiers, who must still agree to them.

Infections have been rising in Germany for weeks. The case load has leapt by more than 2,000 on some recent days.

A person with knowledge of Merkel’s meeting with party leaders on Monday said the chancellor had based the 19,200 number on projections and was referring to the period up to Christmas.