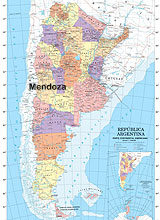 In 1910, the armed Mexican Revolution began, based on the social, economic and political circumstances that arose through the time of President Porfirio Diaz who remained in energy for greater than 30 years. New Jersey’s Constitution, in contrast to most state constitutions, does not present for the organization and powers of cities, counties, and other models of native government.