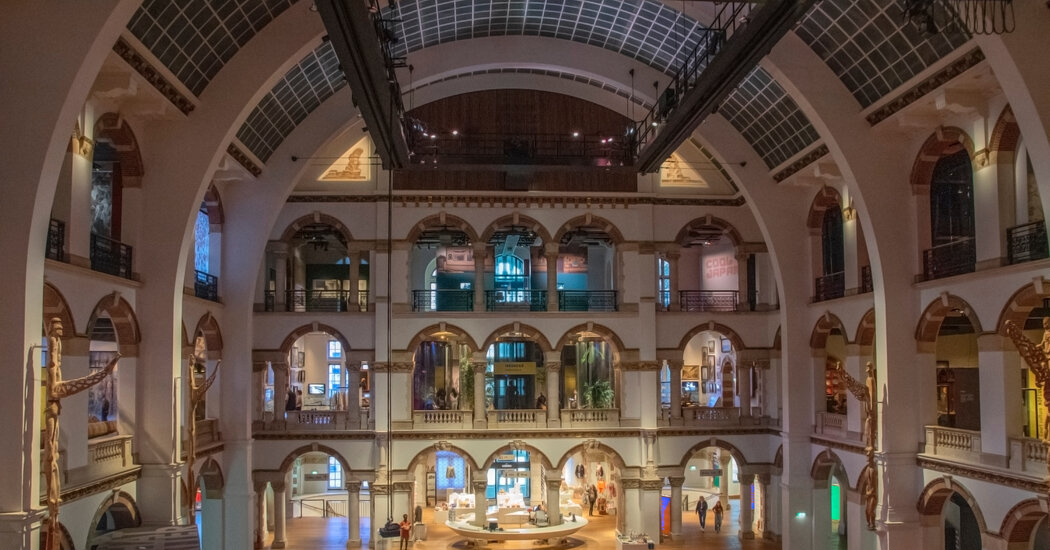 The Netherlands should return looted art to its former colonies: That’s the official recommendation of an advisory committee to the Dutch government.

After a year of research, including interviews with people in former Dutch colonies such as Indonesia, Suriname and several Caribbean islands, the committee released its report in Amsterdam on Wednesday.

The lawyer and human rights activist Lilian Gonçalves-Ho Kang You, who led the committee, said in an interview that the government should acknowledge the injustices of colonialism and be willing to return objects without conditions if it can be proven that they were acquired involuntarily, and if their countries of origin ask for them.

The report calls for the creation of a body of experts to investigate objects’ provenance when requests are made, and a publicly accessible national database of all the colonial collections in Dutch museums.

The decision on whether to return an object, however, would ultimately rest with Dutch government.

Ingrid van Engelshoven, the Dutch minister of education, culture and science, who commissioned the report, said in an emailed statement that it offered “clear starting points for a new way to handle colonial collections.” She said she would present draft legislation based on the advice in early 2021.

The Netherlands owns hundreds of thousands of objects that were acquired during the country’s colonial history. But the exact number is unknown.

Creating a database and researching the background of all these objects would be a huge undertaking, said Jos van Beurden, an independent researcher who has specialized in restitution since the 1990s.

“The principle is fantastic,” he said. “But I’m worried about the execution.”

A similar report commissioned by the French government shows that the path from ideas to action can be a long and winding one. After a high-profile 2017 speech in which President Emmanuel Macron promised to return much of Africa’s heritage, the report he commissioned from two academics said that items brought to French museums without the permission of their counties of origin should be returned, if they were requested.

On Tuesday, France’s National Assembly passed a bill that would allow the official restitution of those 27 items, including 26 which would be returned to Benin, within the next year. The bill now has to be considered by the French Senate.

Bénédicte Savoy, one of the authors the French report, said in an interview that the bill, which was passed unanimously, proved that France now positively welcomed the restitution debate. Tuesday’s vote would set a useful precedent for future restitutions, she added.

“Perhaps the steps are small, but it seems to me that they are symbolically big,” she said.

Ms. Savoy said that the Dutch report was the “logical continuation” of the Netherlands’ longtime constructive dialogue with its former colonies regarding potential restitutions. “It seems to me that the debate is less tense in the Netherlands than in France,” she said, adding that she expected the Dutch government to adopt the report’s recommendations.

But attempts by Dutch museums to reckon with the country’s colonial past have not always gone down well with the public. Last year, the Hermitage Museum, in Amsterdam, said it would jettison the term “Golden Age” for the era in the 17th century when the Netherlands was a world leader in art, science and trade, because the phrase obscured a history of slavery and exploitation. That decision was met with widespread condemnation and derided by Prime Minister Mark Rutte as “nonsense.”

Stijn Schoonderwoerd, the director of the National Museum of World Cultures, a consortium of museums in the Netherlands, said that if the Dutch report were implemented, it would be important to engage the former colonies in discussions about the objects they might want back before any action was taken.

“It would almost be neocolonial to presume to know what’s good for Indonesia or Suriname, or any other country,” Mr. Schoonderwoerd said.

The report also addresses objects in Dutch museums that came from countries colonized by other European powers: The committee said a decision about returning those should be made on “the basis of reasonableness and fairness, and on the basis of a balance of interests.” Ms. Gonçalves, the committee chair, said that international relations could be a factor in these decisions, whereas the report recommended unconditional return to former colonies of the Netherlands.

But wherever the objects were from, Ms. Gonçalves said, the Dutch government should act to right the wrongs of colonialism. “The main principle remains the same: What was stolen should be returned.”