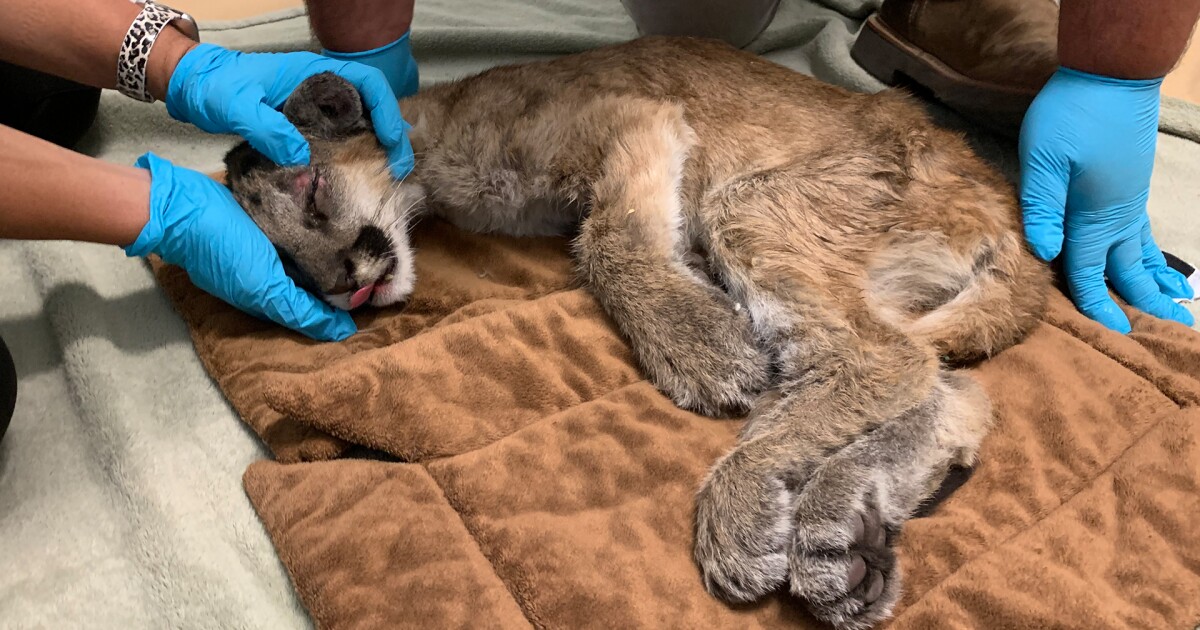 “With each passing day, she becomes more active and responsive, and though she still has some medical issues to overcome from being in such a fragile state, we are delighted she has responded well to our treatment and are hopeful she will make a full recovery,” said Christine Barton, director of operations and wildlife rehabilitation at the center in Ramona.

Staff has been in contact with the California Department of Fish and Wildlife to monitor the cub’s progress and find her a permanent home at a qualified facility, the San Diego Humane Society said.

The cub is the first wildlife animal admitted at the Ramona center since the agency acquired it from the Humane Society of the United States on Sept. 1.