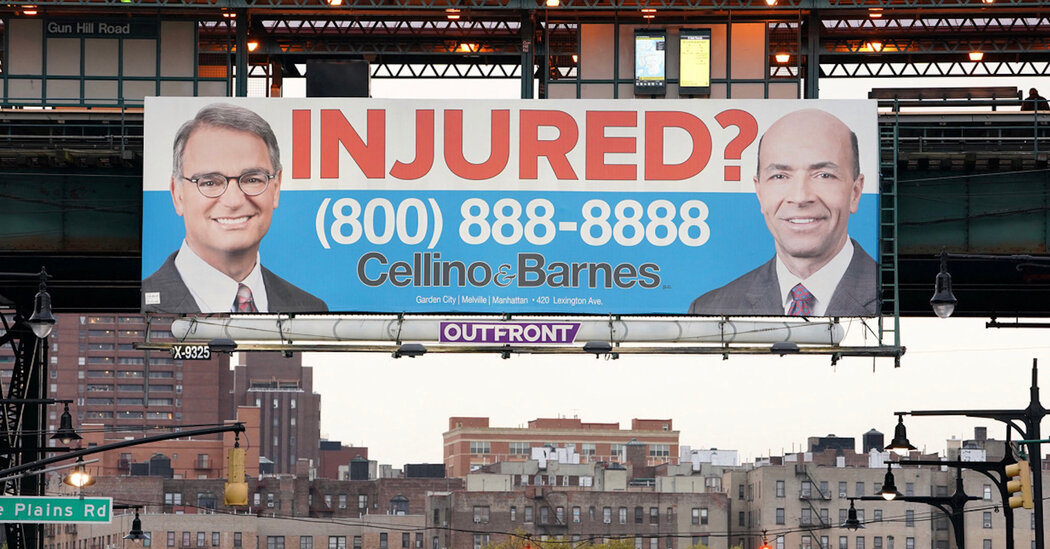 A small plane piloted by Stephen E. Barnes, a former partner in one of the most well-known personal injury law firms in the country, crashed in upstate New York on Friday morning, killing him and a passenger, a lawyer with knowledge of the matter said.

The single-engine plane went down in a wooded area near Pembroke, N.Y., about 32 miles east of Buffalo, Kathleen Bergen, a spokeswoman for the Federal Aviation Administration, said.

Only two people — Mr. Barnes and his niece — were on the board the plane, the lawyer said, speaking on the condition of anonymity because he was not authorized to speak for the Barnes family. Mr. Barnes was 61, his niece was in her late 20s.

Residents saw the plane, which was traveling from east to west, go down at 11:46 a.m. and explode in some woods near Boyce Road, the Genesee County sheriff, William A. Sheron Jr., said in a statement. He confirmed that a man and a woman had died, but did not immediately identify them.

The plane left New Hampshire around 10:18 a.m. and was supposed to land in Buffalo less than two hours later, Sheriff Sheron said,

Nearly 30 years ago, Mr. Barnes and Ross M. Cellino Jr. created Cellino & Barnes, a personal injury law firm in Buffalo. They built it into a multimillion dollar company that became a household name known for its catchy jingles on national television. It employed more than 50 lawyers in five offices in New York State, and also had offices in California.

Three months ago, Mr. Barnes and Mr. Cellino announced that they were breaking the firm into two and going their separate ways.

The split came after a fraught three-year legal battle between the two partners. Back in 2017, Mr. Cellino filed a lawsuit against Mr. Barnes and the law firm after they had clashed over the management of the business, employees’ compensation and other issues.

After settling their legal issues in June, the two ex-partners were set to lead separate firms, although it was unclear who would get the rights to the former firm’s phone number — (800) 888-8888 — made famous in thousands of commercials.