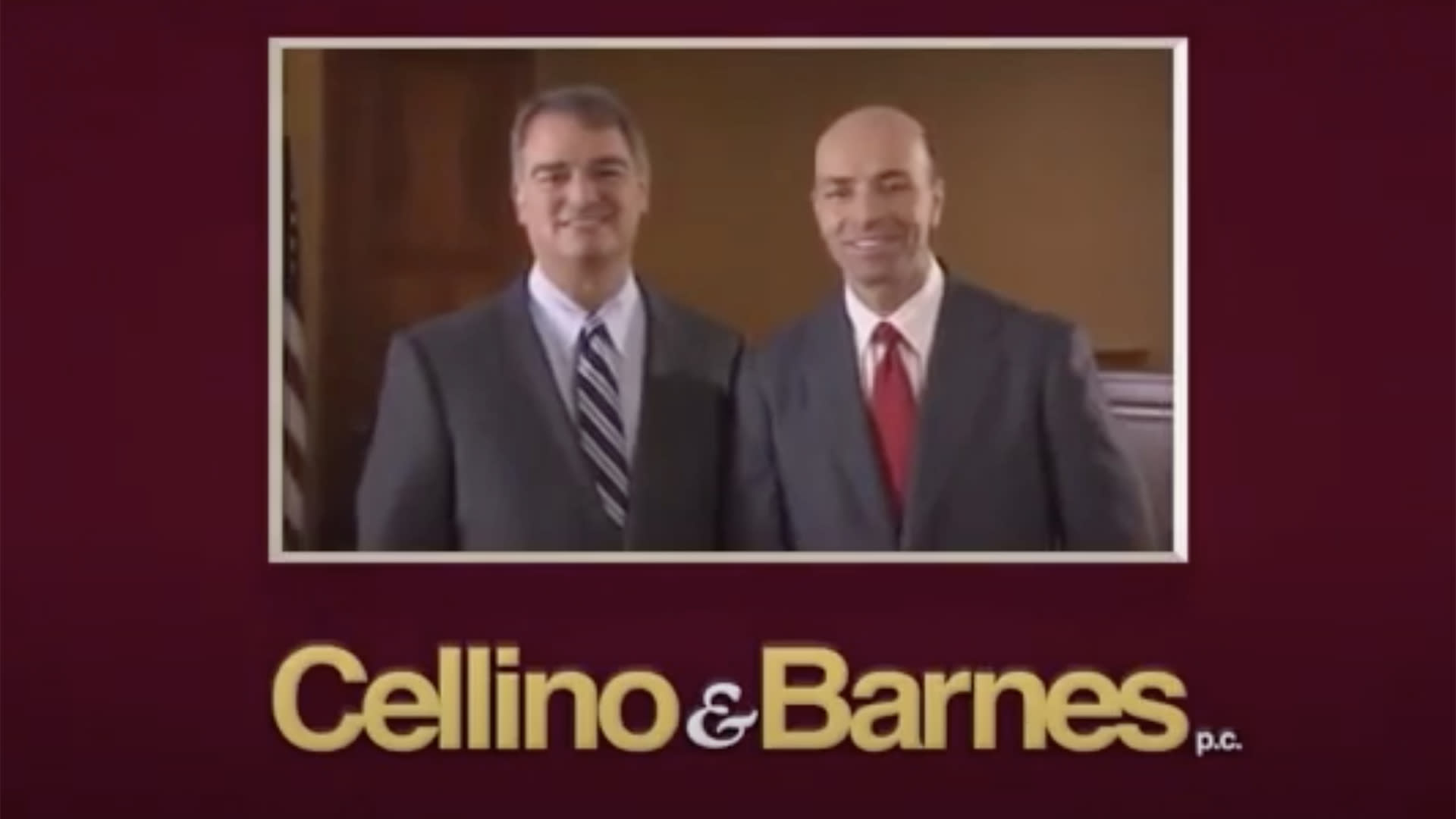 Steve Barnes, a prominent New York attorney who was one-half of the famed Cellino & Barnes law firm, has reportedly died. Barnes was killed along with his niece, Elizabeth Barnes, in a small plane crash in western New York Friday.

NBC New York reported that a single-engine Socata TBM-700 traveling from Manchester, New Hampshire crashed at about 11:45 a.m. in a wooded area near Pembroke, New York. Genesee County Sheriff William Sheron told reporters that a man and a woman were killed and that there were no survivors. Barnes was a registered pilot and he is believed to have been the pilot of the small plane.

Ross Cellino, Barnes’ longtime partner, said in a statement, “It is with great sadness that I learned of the tragic passing of Steve Barnes in a plane crash. Steve and I worked together for many years at our firm. He was always a fearless advocate for his clients. His passing is a significant loss for the legal community.

“Steve’s greatest accomplishment was his three children Josiah, Rachel, and Julia. Steve is survived by his longtime partner, Ellen Sturm, also an attorney at our firm. Equally heartbreaking is the passing of Elizabeth Barnes, sister of Brian Barnes and daughter of Rich Barnes, Steve’s brother and an attorney at our firm. All of us at Cellino and Barnes are deeply saddened. My thoughts and prayers are with the entire Barnes family during this difficult time.”

Cellino & Barnes, known for its ubiquitous commercials and catchy jingle, was founded in Buffalo, New York. The attorneys had offices in Buffalo and Rochester, New York, as well as the New York City area. The firm’s practice focuses on multiple areas, including airplane accidents, dog bites, and wrongful death, according to their website.

They rose to fame with their old-timey jingle that set their toll-free phone number to music. The personal injury lawyers became so popular with their “don’t wait, call 8” tagline that they were even spoofed by “Saturday Night Live” in a sketch.

In 2018, a #cellinoandbarneschallenge went viral as Broadway actors posted videos of themselves singing the catchy tune on Instagram with singers, including Katharine McPhee Foster and Sara Bareilles, participating.

On the firm’s website, Barnes’ biography also says he is a former officer in the Marine Corps and a Gulf War veteran.

The plane that went down in the woods was registered to a corporation that shares an address with Cellino & Barnes. The National Transportation Safety Board said it was investigating the cause of the crash and that a report would be released in 7 to 10 days.