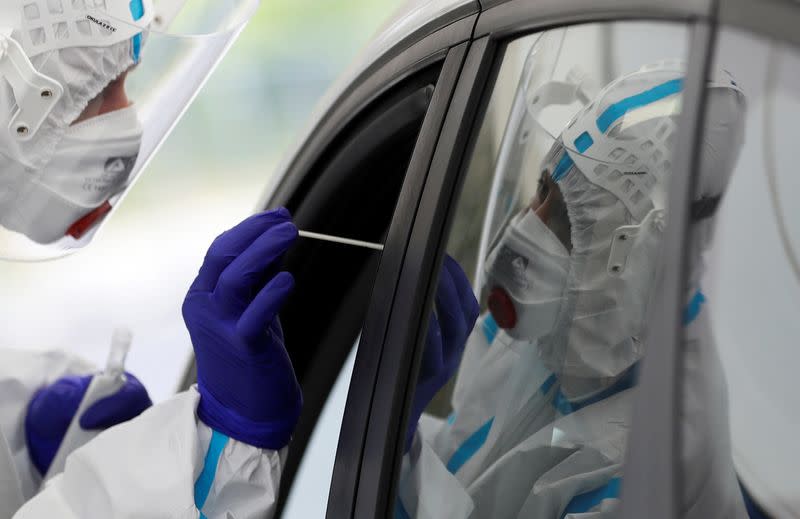 PRAGUE (Reuters) – New coronavirus infections in the Czech Republic reached a daily record of 4,457 on Tuesday, the health ministry said, as separate data showed the country now has the highest number of cases per 100,000 in Europe, surpassing Spain.

Data published by the health ministry on Wednesday showed the rise in new cases during the previous 24 hours had exceeded the previous one-day record of 3,794, to bring the total number of cases in the country since March to 90,022.

Separate data from the European Centre for Disease Prevention and Control showed that in the two weeks to Monday, Oct. 6, the Czech Republic reported 326.8 cases per 100,000 people. That compared with 302.4 cases per 100,000 in Spain, which has been one of the countries worst hit by the pandemic.

An election committee member, wearing a protective suit, holds a ballot box for a man to vote in regional and senate elections at a drive-in
… Read More