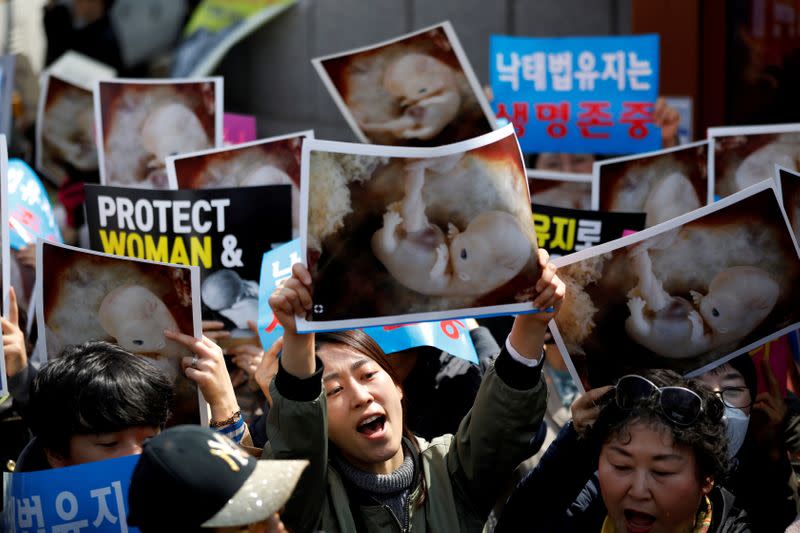 SEOUL (Reuters) – South Korea on Wednesday proposed allowing abortion up until the fourteenth week of pregnancy as part of a new law designed to comply with a landmark ruling by the constitutional court that struck down a decades-long ban.

South Korea criminalised abortion in 1953 when its leaders wanted to boost the population, but exceptions to the law were introduced in 1973, including when the pregnancy was caused by a sexual crime.

However, the Constitutional Court overturned the ban in April last year, saying it unconstitutionally curbed women’s rights and ordering the government to come up with a new law.