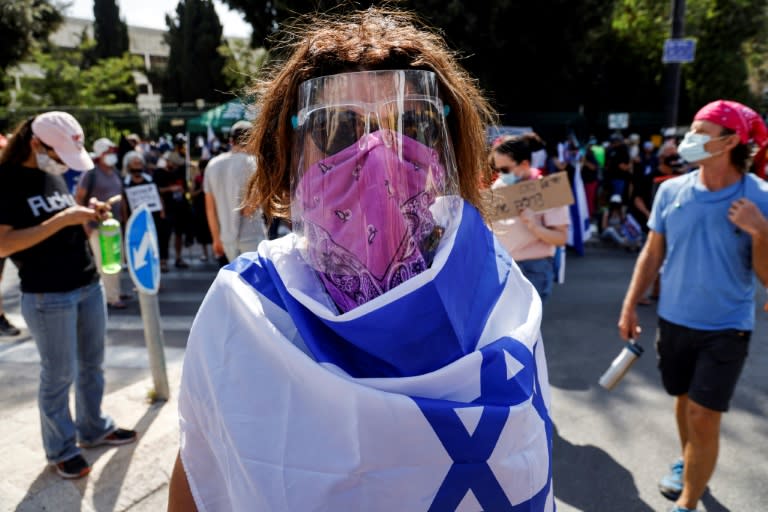 Israel’s parliament approved a law early Wednesday restricting demonstrations as part of a coronavirus-related state of emergency, that critics say is aimed at silencing protests against Prime Minister Benjamin Netanyahu.

The law, which passed its final reading by 46 votes to 38, was meant to be part of a slew of measures approved by parliament on Friday tightening a second nationwide lockdown.

But debate on the measure was put off as the government struggled to secure the necessary votes amid an opposition outcry and a protest outside parliament on Tuesday.

The lockdown, which went into force on September 18, shutters the majority of workplaces, markets, places of worship, schools and cultural venues.

It also bans journeys of more than a kilometre (0.6 miles) from home, other than for essential purposes such as buying food and medicine or receiving medical treatment.

The new law gives the government powers to declare a