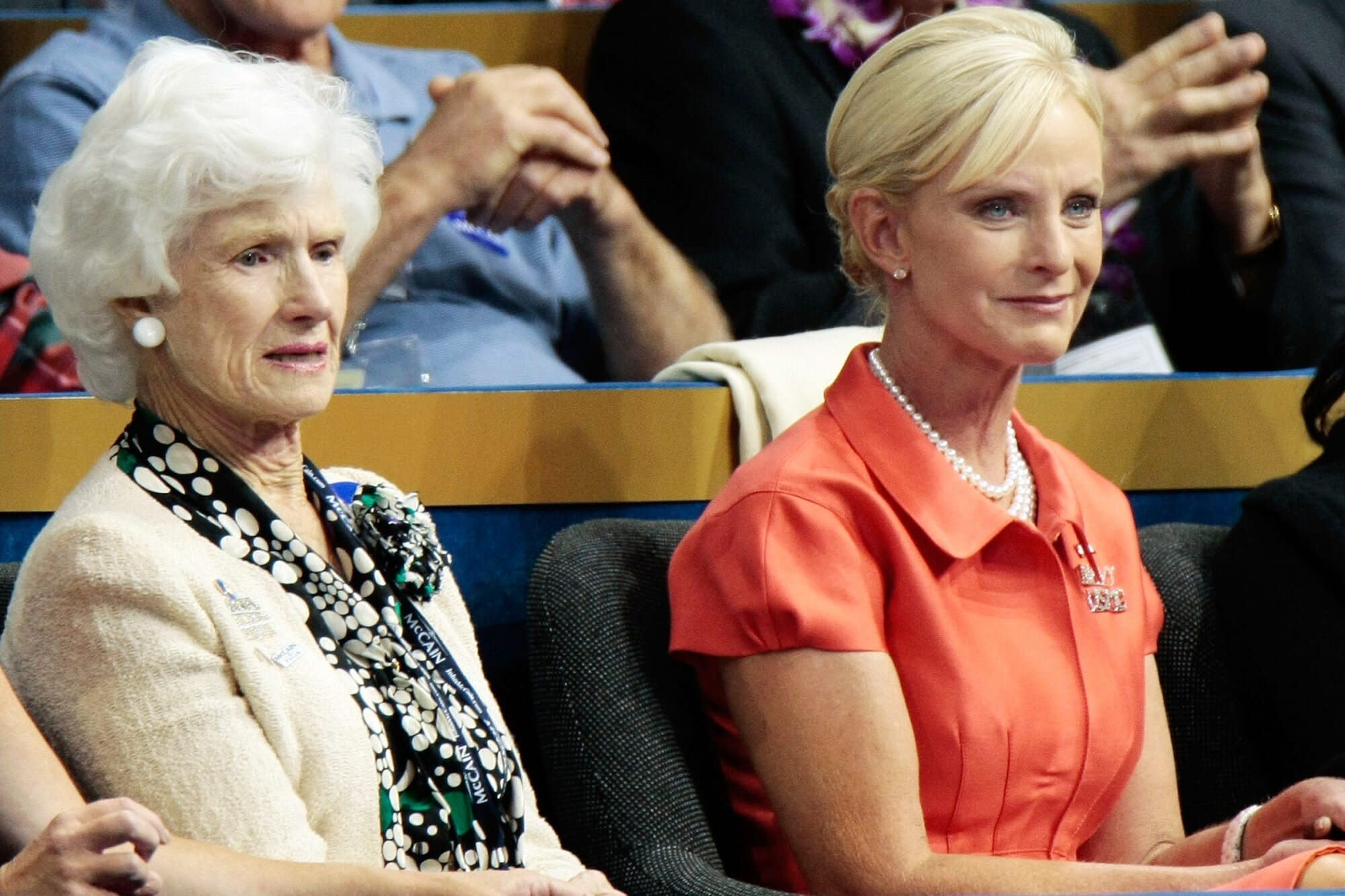 Hours after the death of her 108-year-old mother-in-law, Roberta McCain, Cindy McCain couldn’t fully fathom that the family matriarch was gone.

“She is going to be missed so much,” says Cindy, 66. “She was a force of nature and someone I loved being around.”

As Cindy prepared to fly east on Monday night to be with brother-in-law Joe McCain, who cared for Roberta for many years at her Washington, D.C., home before she died there Monday, Cindy shared that Roberta’s health had diminished in recent months.

“She was failing,” Cindy said Monday night. “[Joe] called me, maybe two months ago, and he said she’s really starting to decline. And so she just peacefully went to sleep today, that’s really what it was.”

A cause of death has not been disclosed. But

If anyone wondered where the late Sen. John McCain got his wit, grit, sharp tongue, or ability to withstand 5 ½years as a prisoner of war after his plane was shot down over North Vietnam, they only needed to meet his mom.

Roberta McCain, 108, who weathered her own heartache resolutely as her son “Johnny” was held captive in a war in which her husband served as commander of U.S. Pacific Command, died Monday.

She was a dignified, direct woman with inner-strength who raised her children alone while her husband was away at war and through numerous deployments, her daughter-in-law Cindy McCain recalled Monday.

“People always marveled at John … someone of great distinction and dignity. He got all of that from her,” Cindy McCain told The Arizona Republic. “She was a woman of great substance and great character and dignity and he really did get that from