JAKARTA, Indonesia — Thousands of conservative Muslims marched in Indonesia’s capital on Tuesday demanding that the government revoke a new law they say will cripple labor rights, with some clashing with police.

Authorities blocked streets leading to the Presidential Palace in Jakarta, where clashes between riot police and rock-throwing demonstrators, including workers and students, broke out last Thursday.

The protests spread and turned violent in some cities across the world’s most populous Muslim nation, but calm had largely returned to Jakarta over the past four days.

On Tuesday, the normally clogged streets of Jakarta were nearly empty of cars, embassies were closed and many businesses were shuttered for the day after several Muslim groups announced they would stage protests.

The Job Creation Law approved by Parliament last week is 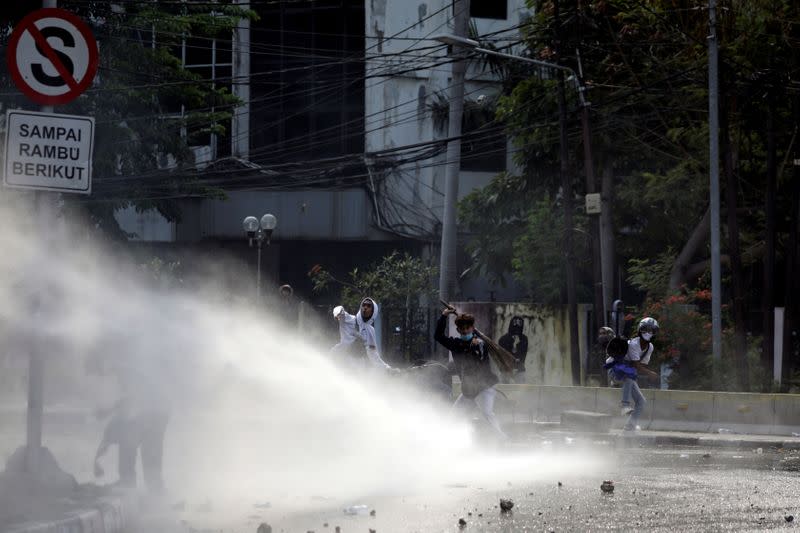