© Ed Wray/Getty Images AsiaPac/Getty Images
A protester throws a traffic cone onto a fire during Thursday in Jakarta.


At least 60 demonstrators and six police were injured at the demonstration near the Presidential Palace during the third day of a nationwide strike and demonstrations in the Southeast Asian nation, the news agency reported.

Critics say the new legislation, locally known as the “omnibus

Oct. 8 (UPI) — Tens of thousands of people in Indonesia took part in the third day of protests against a sweeping law cutting protections for workers and the environment.

Riot police fired tear gas and water cannons at protesters in the nation’s capital, Jakarta, where authorities said they had detained more than 800 people as protesters defied a ban on gathering amid the COVID-19 pandemic and attempted to march on the presidential palace.

Protesters threw rocks at police and burned a police post and two transit stops, as leaders of a national strike said the violence was not affiliated with the labor action.

The protests were sparked by a 900-page omnibus bill amending more than 75 laws allowing companies to cut pay for workers, eliminate days off and hire contract workers.

It also relaxed environmental standards, only requiring businesses to file an environmental impact analysis for projects that are 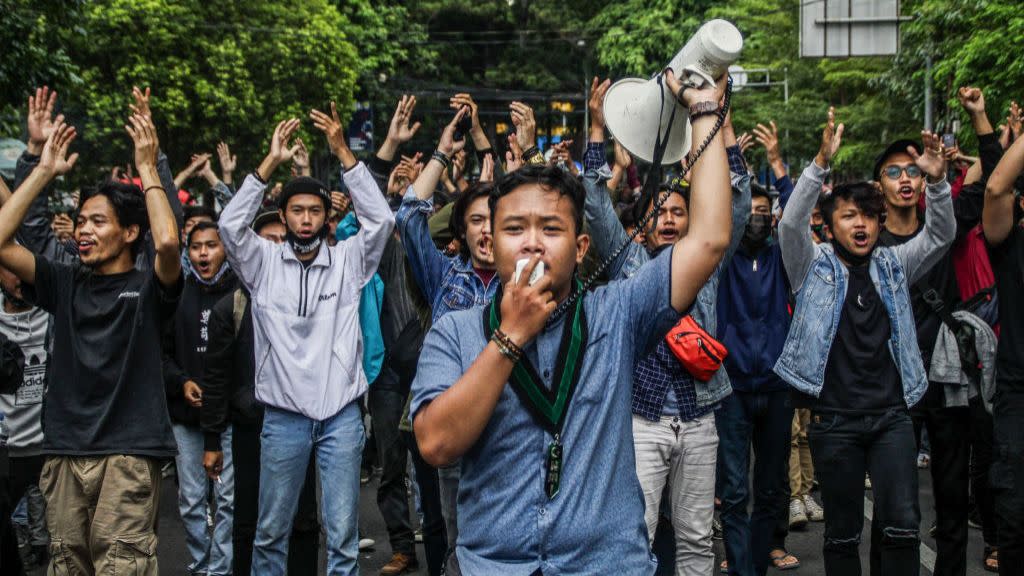