Knowledge from society and science for nature and the future

The Museum für Naturkunde Berlin, together with many partners, supported by the European Commission and the German Federal Ministry of Education and Research (BMBF), is organizing an international conference to present, evaluate and discuss the contribution of civic science to the shaping and achievement of the United Nations’ global sustainability goals (Sustainable Development Goals, SDGs). The conference “Knowledge for Change: A Decade of Citizen Science (2020-2030) in support of the SDGs” is an official event of the German EU Council Presidency 2020 and will take place live at the Kulturbrauerei Berlin and online on October 14 & 15, 2020.

The SDGs are a UN proclaimed, knowledge-based goal for the whole world to fight hunger in a sustainable way and to protect health, the natural basis of life of all living beings, but also to protect culture and

Anthropogenic Subsidies and Wildlife: The Good, the Bad, and the Unintended Consequences of Food and Shelter Subsidies for Wildlife

Shawn O’Neil and others: Impacts of subsidized ravens on greater sage-grouse populations within sagebrush ecosystems of western North America.

John R. Sauer; William A. Link; James E. Hines–Most of our understanding of changes in avian biodiversity in North America is based on analysis of population change from the North American Breeding Bird Survey (BBS). The BBS provides data at spatial scales ranging from individual survey locations to continental, but analyses at all scales are complicated by the need to accommodate detectability issues during sampling and changes in sampling effort over space and time. Over the years of

According to Gardner, our misjudgments originally stem from the fact that our brains have evolved to deal, very effectively, with the sort of immediate risks that we have historically encountered as a species, say as hunter-gatherers in the African savannah. But it is this same evolution that makes our brains singularly ill-adapted to the complexities of the modern 21st Century urban jungle and causes us to make egregious mistakes.

At the heart of Gardner’s explanation lies the idea that we have two different internal systems to react to events: roughly summarised as ‘head’ and ‘gut’. ‘Head’, a rational, reflective, but also slow-acting system, is often overridden by ‘gut’, a more intuitive, fast-acting system, which bases its recommendations on factors such as precedent and recency. For example, in the case of stressful situations, ‘head’ barely gets a say, and if so, then often too late. 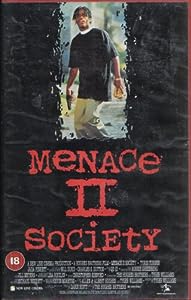