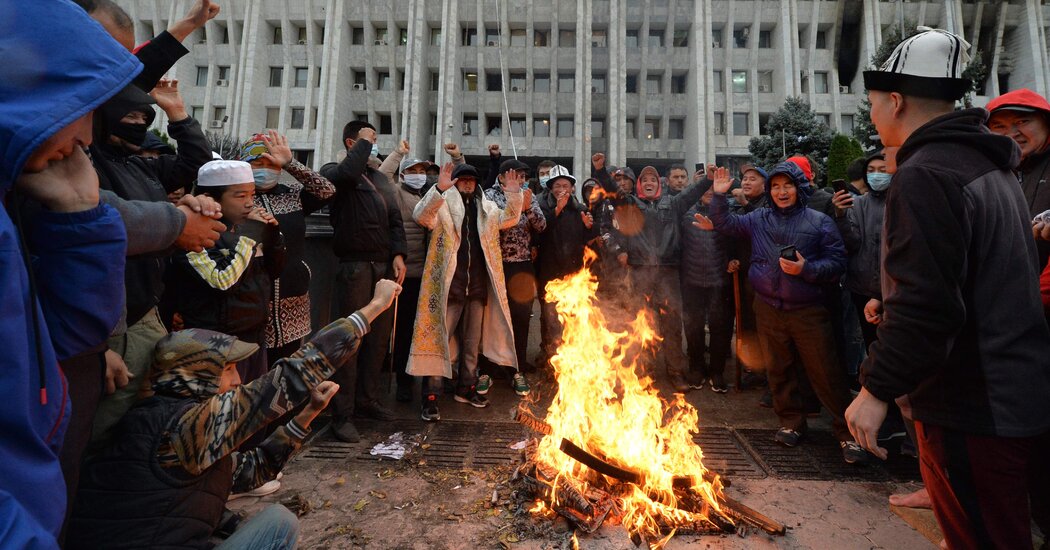 MOSCOW — Kyrgyzstan descended into political chaos on Tuesday after opposition groups seized control of Parliament and released their leaders from prison in protests over parliamentary elections they have denounced as rigged.

Under mounting pressure from the protesters, the country’s Central Electoral Commission annulled the results of the Sunday vote, a day after awarding the majority of seats to two political parties with ties to the president, Sooronbai Jeenbekov.

Overnight, a small group of protesters broke away from the main body and tried to gain entry to the White House, the main government building that hosts the Parliament and the presidential administration. After the police tried to disperse them, hundreds more joined in the assault and soon took control, according to photos and video footage from the scene.

On Tuesday, the streets of Bishkek were littered with burned out cars and piles of stones, while photos emerged of the broken