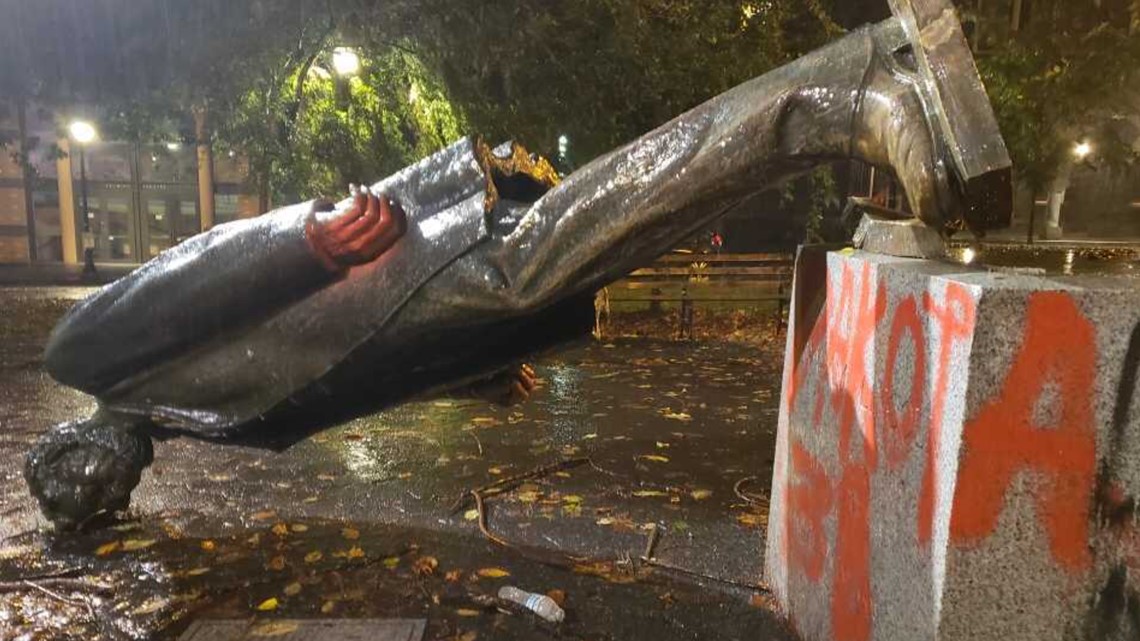 A social media post announcing the event called for an end of colonialism and the abolishment of police.

PORTLAND, Ore. — Police declared a riot in downtown Portland on Sunday night after a large group of about 300 people marched through the South Park Blocks, toppling statues of Abraham Lincoln and Theodore Roosevelt and breaking windows.

The group also broke windows and threw flares into the Oregon Historical Society. Someone stole an Afro-American Heritage Bicentennial Commemorative Quilt, which was made by 15 local Black women ahead of the bicentennial and was on display inside the museum. Officers found the quilt blocks away, soaking wet with a small tear.

Here’s the Afro-American Heritage Bicentennial Commemorative Quilt, which was stolen from the @OrHist last night. Was made by 15 local Black women (ahead of the Bicentennial). 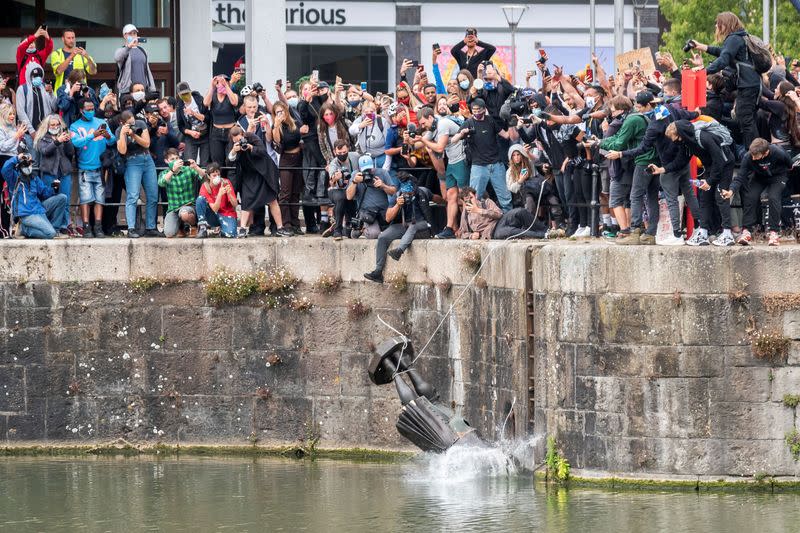 LONDON (Reuters) – The British government has warned a number of cultural institutions that their public funding could be called into question should they remove statues or other objects that have become the focus of protests or complaints.

The issue of how Britain should deal with the legacies of its past, especially its role in slavery and colonialism, has been the subject of passionate debate since the statue of a slave trader was toppled by protesters in Bristol in June.

Since then, officials have removed the statue of another slave trader in London, a concert hall in Bristol has renamed itself, and venerable institutions like Oxford University have grappled publicly with what to do about contested heritage.

In a letter sent to the British Museum, the National Gallery, the Tate Gallery and other prominent cultural institutions, culture minister Oliver Dowden said the government was against the removal of statues and