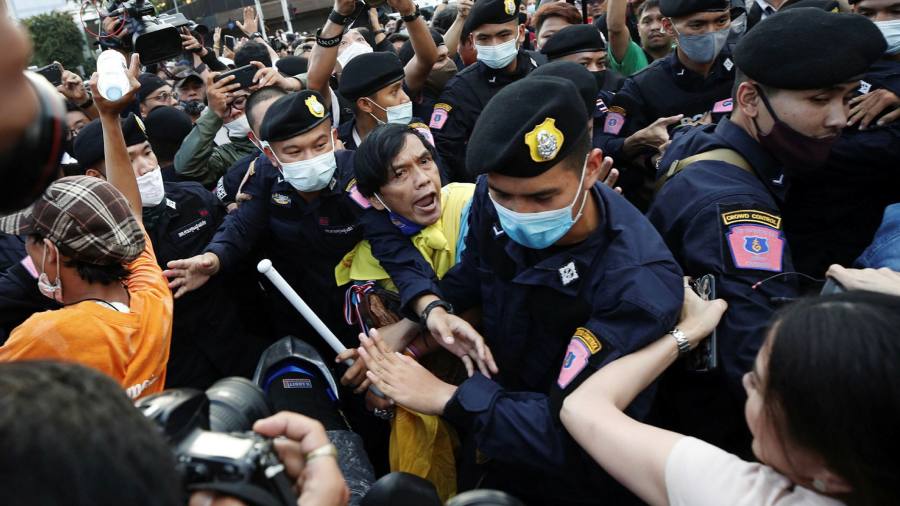 Thousands of protesters broke through police cordons and surrounded Thailand’s seat of government on Wednesday, marking a symbolic moment in their three-month campaign against the establishment.

About 10,000 demonstrators converged on Government House in the capital, Bangkok, settling in for what organisers said would be several days of protests.

The student-led demonstrators are calling for the resignation of the government of former coup leader Prayuth Chan-ocha, the writing of a new constitution and an end to the harassment of political dissenters.

They are also making what were until recently unheard of demands for limits on the wealth and powers of King Maha Vajiralongkorn, who spends most of his time in Germany.

On Wednesday the king’s wife, Queen Suthida, was jeered as her limousine passed within a few metres of the protests. Demonstrators cried “My tax money!” and gave her their defiant three-fingered salute, taken from the film The Hunger Games.