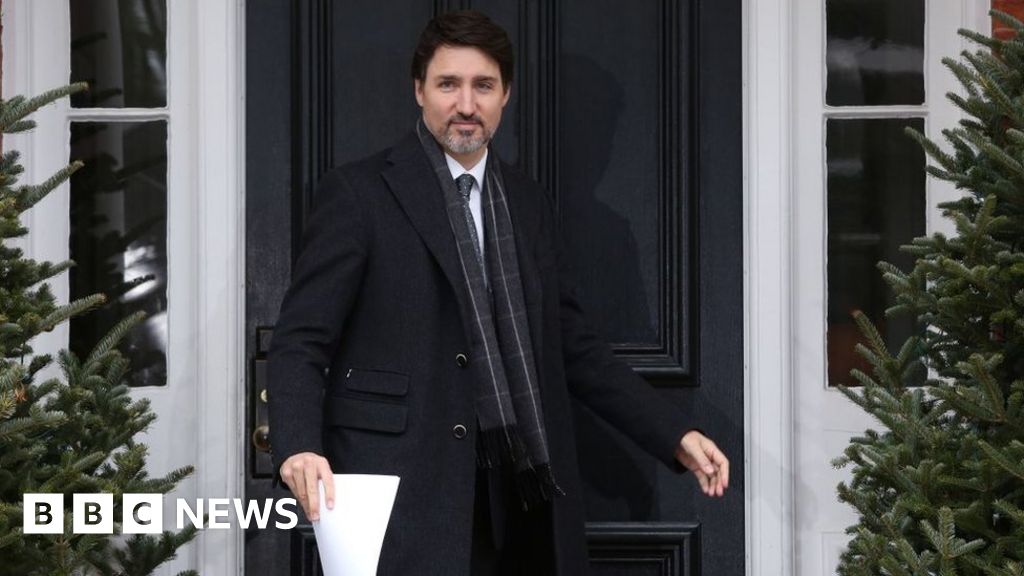 The Liberals survived the vote with the support of the opposition NPD, avoiding a possible snap election.

Parliamentarians voted 177-152 on Tuesday in support of Mr Trudeau’s Throne Speech, which laid out a framework for pandemic recovery.

The NDP had secured an agreement on new Covid relief measures and had been expected to support the Liberals.

The left-leaning New Democrats said they would support the speech after securing from the Liberals new sick leave benefits for Canadians and an extension on coronavirus support benefits.

The Conservative Party, the Bloc Quebecois and the Green Party – under newly elected leader Annamie Paul – all voted against the speech.

It is the second time the Liberals have faced a confidence vote since Parliament returned in late September.

The first vote, on a package of new coronavirus relief measures, past unanimously in the House of Commons last week.

In August, Mr Trudeau made a controversial decision to prorogue – or suspend – parliament and to return on 23 September with a new Throne Speech to address the realities of the pandemic.

A Throne Speech is where a government outlines its policies and programmes as a parliamentary session begins.

During that prorogation period, coronavirus cases began spiking in parts of Canada, especially in Ontario and Quebec, two of the most populous provinces, leading Mr Trudeau to warn of a “second wave”.

There are currently over 171,000 active cases of Covid-19 in Canada and there have been some 9,530 deaths, according to federal government statistics.

The Throne Speech included commitments to work with Canadian provinces to improve testing capacity, a plan to create more than a million jobs, and support for industries hardest hit by the pandemic, such as the travel, tourism and hospitality sectors.