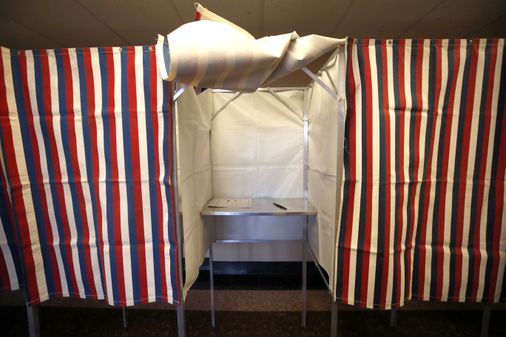 Of course, how many will have their ballots counted from beyond the veil this November is unclear, as is the number of those who legally voted by mail but died before the state’s Sept. 1 primary, when the new rules also applied.

“There’s a lot of things we haven’t seen before,” Ilene Simons, Salem’s city clerk, said of this year’s unprecedented election season. “I understand the theory behind it: They were alive when they cast their ballot and they really wanted to vote. If I was in that situation and I was able to, I would want to vote in my last election. I get it.”

State lawmakers in July expanded the options amid the novel coronavirus pandemic, passing a bill that allows every registered voter in Massachusetts this fall to cast a ballot by mail, green-lighting early voting for the state primary, and expanding the in-person early voting period for the Nov. 3 general election.

The law also included language, though it received little attention at the time, that barred election officials this year from rejecting an absentee or early ballot “solely because the voter became ineligible to vote by reason by death after casting the ballot.”

Senator Barry R. Finegold, cochairman of the Committee on Election Laws, said lawmakers made the change to provide consistency with the different ways people could vote.

“Let’s say you vote [in person] at 9 a.m. and you drop dead of a heart attack at 10 a.m.,” Finegold said. In that scenario, the vote would still count, he said. “We felt that with [voting by] mail you needed to be consistent, as long as you put your ballot in the mail.”

As many as 11 states have similar laws, including Florida, where every ballot must be counted “even if the elector dies on or before election day,” and Hawaii, which last year changed its law, according to the National Conference of State Legislatures.

Many states don’t have statutes addressing the issue, and as of two years ago, at least 17 explicitly rejected such ballots, including Massachusetts, according to the NCSL, which tracks state legislation nationwide.

But while nearly two dozen states have modified their rules to expand mail-in voting during the health crisis, Massachusetts appears to be the only one that amended its law this year to count ballots of those who vote early or absentee but die before Election Day, according to NCSL researchers.

“The fact that in 2020 so much about absentee voting has been brought to the forefront, people are looking at things in detail that they never had reason to look at before,” said Wendy Underhill, director of elections for the NCSL.

Amid the expansion of voting options, election security has consumed national attention as President Trump has spent months railing against mail-in voting, claiming that it’s a magnet for widespread fraud. There has been no evidence that is the case.

Trump in 2016 also wrongly claimed that “people that have died 10 years ago are still voting,” giving a voice to allegations about dead voters casting ballots in droves that are still being batted down this year.

In Michigan, for example, election officials said there were no examples of such fraud after Donald Trump Jr.‚ the president’s eldest son, and Jason Miller, one of the his advisers, tweeted about a Breitbart article headlined “Michigan Rejects 846 Mailed Ballots ‘Because the Voter Was Dead.’”

Those ballots were rejected because the voters “died after casting their absentee ballot but before Election Day,” Michigan’s secretary of state said, not because they were cast on behalf of dead people.

“It’s more a policy question than a security question,” Underhill said of whether to count a deceased voter’s ballot that was cast while he or she was alive. “Two well-meaning people can come up with different reasons.”

In practice, however, it’s difficult, if impossible, to separate a deceased voter’s ballot from other ballots once they are processed, election experts say, creating an administrative challenge that Massachusetts election officials said was a primary driver for changing the state’s law.

Under the expanded voting law, clerks were allowed to begin processing ballots as early as nine days before the primary and the general election to help ease the expected flood of mail-in ballots. Nearly half of the 1.7 million ballots from the September primary were cast by mail, for example, and more are likely coming in November, when Secretary of State William F. Galvin said he’s anticipating turnout to top the 2016 election’s record of nearly 3.4 million voters.

Part of that includes plucking mail-in ballots from their envelopes, which have the voters’ identifying information, and combining them with other ballots. The ballots are then sent in bins to the polling places to be counted or are fed into a tabulator or ballot box.

“Because of this commingling and tabulating happening prior to Election Day, there would be no way to retrieve a deceased voter’s ballot once it has been advance processed,” said Debra O’Malley, a spokeswoman for Galvin’s office.

That also makes it difficult to determine how many ballots from deceased voters were counted in the September primary. While local officials report to the state the number of ballots they reject because a voter is deceased, they are not required to notify Galvin’s office of ones cast before a person died, but counted afterward.

“It should be a small number,” O’Malley said.

Even with the relaxed rules, state data show that local clerks still rejected 44 early or absentee ballots because the voter was deceased, a similar number to in 2018 (when 45 were rejected) and less than in 2016 (when there 79.) It’s also a fraction of the nearly 18,000 total ballots rejected in the state primary.

O’Malley said state officials haven’t received any reports or “suspicions” of potential fraud, including a person trying to illegally cast a ballot for someone who had died. And that dozens of ballots were rejected under the new rules, she said, is “a good demonstration of the checks in place to prevent that from happening.”

In Salem, where three deceased voters’ ballots were rejected, the residents had in February requested absentee ballots for this year’s elections before each dying in April. That included a husband and wife who died three days apart, Simons said. The couple, both in their 80′s, had been married for 65 years, according to their obituaries, which said they each died from a “brief illness” but didn’t specify if it was COVID-19.

But with City Hall closed to the public and the clerk’s office working with limited staff amid the pandemic, the voter records weren’t updated before the city fanned out absentee ballots in August for the Sept. 1 primary, Simons said. It wasn’t until afterward that staff became aware they had died and disqualified the ballots proactively.

“It’s not as if someone [else] voted their ballot,” she said.