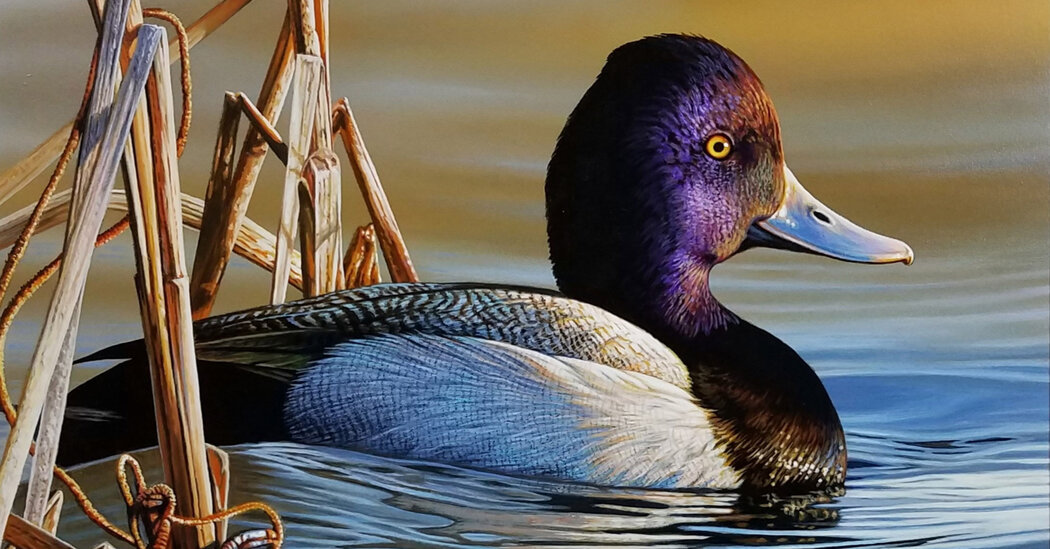 “The Trump administration has prioritized protecting our wildlife and their habitats and provided access to some of the most spectacular places available for hunting, fishing, bird-watching, hiking and other outdoor activities,” she said.

After the rule was proposed in January, 708 public comments on the wildlife service’s website included concerns that a mandatory hunting theme “was divisive” and would jeopardize the stamp’s appeal to people who don’t hunt. But the service said that the dominant feature of each stamp would still be required to be a duck or group of ducks, rather than the hunting element.

It also said that several artists were concerned that the mandatory inclusion of a hunting item would “alienate or discourage” many artists. Others said they would not enter the contest on principle, or thought that they would be at a “disadvantage” because they were not hunters, or that their creativity would be hampered, the service said.

Rebekah Knight, 29, who works out of her home studio in Deepwater, Mo., argued against the new rule, saying the inclusion of a random hunting allusion could backfire. In her view, spent shells and duck calls added to a painting of the environment represent “litter,” because responsible hunters carry those items out of the habitat.

“I don’t really think it celebrates our hunting heritage,” she said. “A hunting scene or an old decoy would be better.”

Robert Hautman, 61, objected on technical reasons. Taking a break from sketching in his studio in a hen house outside of Delano, Minn., he said he opposed the inclusion of hunting objects mostly because they do not reproduce well when a 7-by-10-inch painting is reduced to the size of a small stamp.